At night, seven-year-old Miguel likes talking to his father Cesar Rubio about planets and stars. “I try to nurture that,” says Rubio, a machinist in Pomona, California, who makes parts for mining and power generation equipment.

Now, the boy’s father can claim he helped discover planets, too. He is one of thousands of volunteers participating in Planet Hunters TESS, a NASA-funded citizen science project that looks for evidence of planets beyond our solar system, or exoplanets. Citizen science is a way for members of the public to collaborate with scientists. More than 29,000 people worldwide have joined the Planet Hunters TESS effort to help scientists find exoplanets.

Planet Hunters TESS has now announced the discovery of two exoplanets in a study published online in Monthly Notices of the Royal Astronomical Society, listing Rubio and more than a dozen other citizen scientists as co-authors.

These exotic worlds orbit a star called HD 152843, located about 352 light-years away. This star is about the same mass as the Sun, but almost 1.5 times bigger and slightly brighter.

“Studying them together, both of them at the same time, is really interesting to constrain theories of how planets both form and evolve over time,” said Nora Eisner, a doctoral student in astrophysics at the University of Oxford in the United Kingdom and lead author of the study.

TESS stands for Transiting Exoplanet Survey Satellite, a NASA spacecraft that launched in April 2018. The TESS team has used data from the observatory to identify more than 100 exoplanets and over 2,600 candidates that await confirmation.

Planet Hunters TESS, operated through the Zooniverse website, began in December 2018, shortly after the first TESS data became publicly available. Volunteers look at graphs showing the brightness of different stars over time. They note which of those plots show a brief dip in the star’s brightness and then an upward swing to the original level. This can happen when a planet crosses the face of its star, blocking out a tiny bit of light—an event called a “transit.”

The Planet Hunters project shares each brightness plot, called a “light curve,” with 15 volunteers. In the background of the website, an algorithm collects all of the volunteers’ submissions and picks out light curves that multiple volunteers have flagged. Eisner and colleagues then look at the highest-ranked light curves and determine which ones would be good for scientific follow-up.

Even in an era of sophisticated computing techniques like machine learning, having a large group of volunteers looking through telescope data is a big help to researchers. Since researchers can’t perfectly train computers to identify the signatures of potential planets, the human eye is still valuable. “That’s why a lot of exoplanet candidates are missed, and why citizen science is great,” Eisner said.

Then, scientists took a closer look. By comparing the data to their models, they estimated that two transits came from the inner planet and the other came from a second, outer planet.

To make sure the transit signals came from planets and not some other source, such as stars that eclipse each other, passing asteroids, or the movements of TESS itself, scientists needed to look at the star with a different method. They used an instrument called HARPS-N (the High Accuracy Radial velocity Planet Searcher for the Northern hemisphere) at the Telescopio Nazionale Galileo in La Palma, Spain, as well as EXPRES (the Extreme Precision Spectrometer), an instrument at Lowell Observatory in Flagstaff, Arizona. Both HARPS and EXPRES look for the presence of planets by examining whether starlight is “wobbling” due to planets orbiting their star. This technique, called the radial velocity method, allows scientists to estimate the mass of a distant planet, too.

While scientists could not get a signal clear enough to pinpoint the planets’ masses, they got enough radial velocity data to make mass estimates—about 12 times the mass of Earth for planet b and about 28 times the mass of Earth for planet c. Their measurements validate that signals that indicate the presence of planets; more data are needed for confirmation of their masses. Scientists continue to observe the planetary system with HARPS-N and hope to have more information about the planets soon.

Researchers may soon have high-tech tools to see if these planets have atmospheres and what gases are present in them. NASA’s James Webb Space Telescope, launching later this year, will be able to look at what kinds of molecules make up the atmospheres of planets like those in this system, especially the larger outer planet. The HD 152843 planets are far too hot and gaseous to support life as we know it, but they are valuable to study as scientists learn about the range of possible planets in our galaxy.

“We’re taking baby steps towards the direction of finding an Earth-like planet and studying its atmosphere, and continue to push the boundaries of what we can see,” Eisner said.

The citizen scientists who classified the HD 152843 light curve as a possible source of transiting planets, in addition to three Planet Hunters discussion forum moderators, were invited to have their names listed as co-authors on the study announcing the discovery of these planets.

One of these citizen scientists is Alexander Hubert, a college student concentrating in mathematics and Latin in Würzburg, Germany, with plans to become a secondary school teacher. So far, he has classified more than 10,000 light curves through Planet Hunters TESS.

“I regret sometimes that in our times, we have to constrain ourselves to one, maybe two subjects, like for me, Latin and mathematics,” Hubert said. “I’m really grateful that I have the opportunity on Zooniverse to participate in something different.”

Elisabeth Baeten of Leuven, Belgium, another co-author, works in the administration of reinsurance, and says classifying light curves on Planet Hunters TESS is “relaxing.” Interested in astronomy since childhood, she was one of the original volunteers of Galaxy Zoo, an astronomy citizen science project that started in 2007. Galaxy Zoo invited participants to classify the shapes of distant galaxies.

While Baeten has been part of more than a dozen published studies through Zooniverse projects, the new study is Rubio’s first scientific publication. Astronomy has been a life-long interest, and something he can now share with his son. The two sometimes look at the Planet Hunters TESS website together.

“I feel that I’m contributing, even if it’s only like a small part,” Rubio said. “Especially scientific research, it’s satisfying for me.”

NASA has a wide variety of citizen science collaborations across topics ranging from Earth science to the Sun to the wider universe. Anyone in the world can participate. Check out the latest opportunities at science.nasa.gov/citizenscience.

Why small businesses may want to pursue virtual CISO

Peace accord in Colombia has increased deforestation of biologically-diverse rainforest 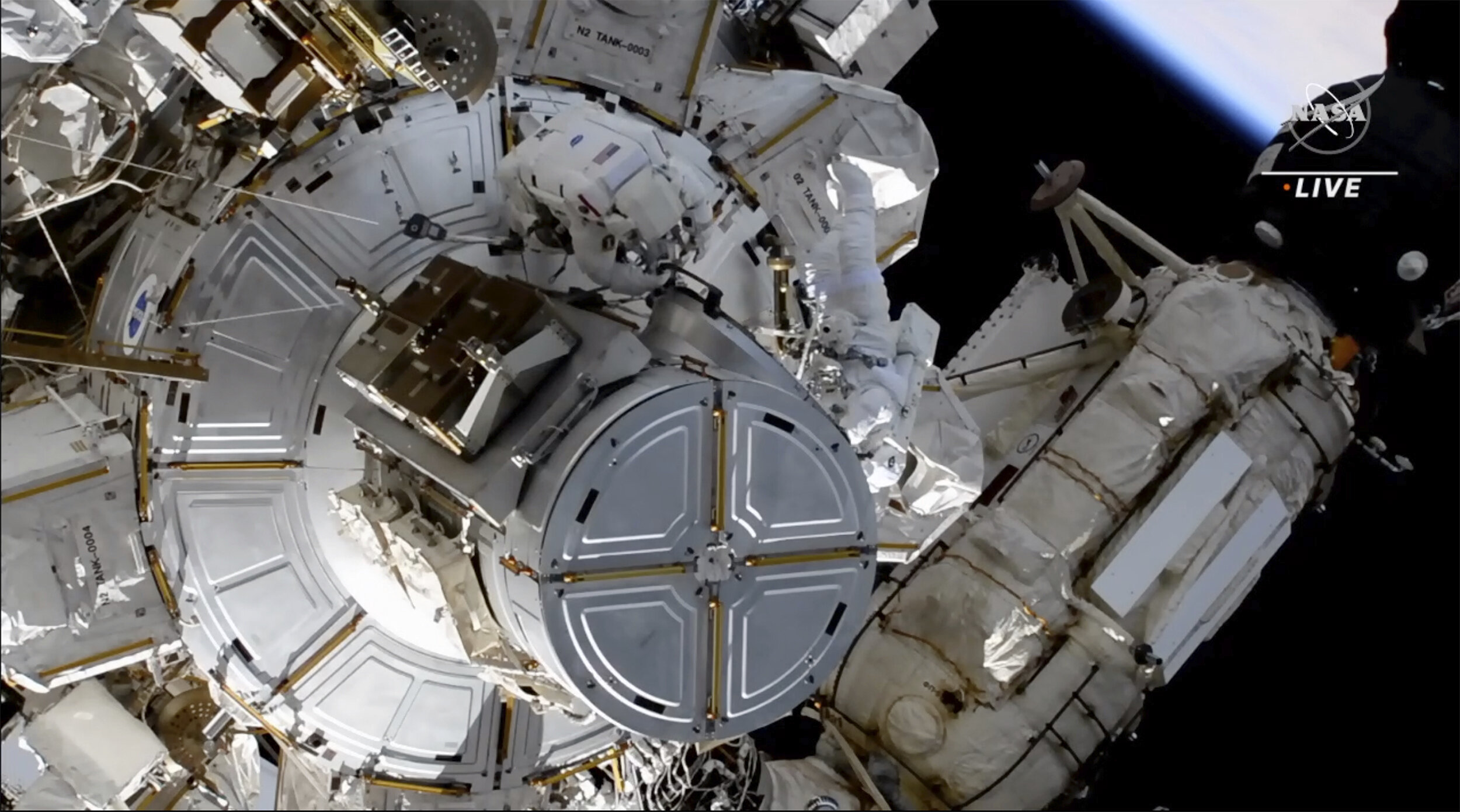