Each day, dozens of residents in Tokyo’s Setagaya district visit an office to sign up for a My Number identification card. Officials take each visitor’s photo, make copies of their existing ID documents and ask them to write down four passwords. The information is sent back to the local government and it can take months before the card is issued.

The process has been slow because of Covid-related restrictions. Residents are asked to book appointments in advance and slots are limited to prevent overcrowding. One resident received a notice in May but her nearest office did not have a slot open until July.

The 12-digit My Number card, which can be used for making online applications for administrative procedures as well as for opening bank accounts and other services that require ID verification, could have flourished during Covid-19. Instead, it has become a symbol of a digitally ill-prepared Japan. The government launched the project in 2015 and spent ¥880bn ($8bn) to make and distribute the cards. But only 15 per cent of the population had received a card by the time the outbreak began.

That meant Japan had no choice but to rely on paper and manual labour, a system that has been largely unchanged for decades and has proved to be extremely inefficient during the pandemic.

Last year’s emergency cash handout programme required residents to fill in applications and send them by post. Municipalities had to print and mail the applications to households, set up call centres to respond to inquiries and manually process each application sent back to them. Residents had to make copies of ID documents, creating queues in convenience stores with printers. The policy was announced in April 2020 but municipalities could not start delivering the checks until June. “I called the help desk 200 times but couldn’t get through,” reads one complaint from an Osaka resident.

A year later, Japan is struggling with similar bottlenecks. Many countries operate online vaccine booking systems using residents’ IDs or mobile phone numbers. But Japan began its vaccination programme by having local municipalities send out physical vaccination tickets to eligible residents. The operation was both costly and slow, resulting in fewer than three doses administered per 100 people at the end of April. Frustrated, prime minister Yoshihide Suga instructed the Self-Defense Forces to operate large inoculation centres in Tokyo and Osaka. The SDF began doing so on May 24 and the number of daily vaccinations has since surged.

These are just some of the many policies that have since been summed up as Japan’s “digital defeat”.

This article is from Nikkei Asia, a global publication with a uniquely Asian perspective on politics, the economy, business and international affairs. Our own correspondents and outside commentators from around the world share their views on Asia, while our Asia300 section provides in-depth coverage of 300 of the biggest and fastest-growing listed companies from 11 economies outside Japan.

The recent embarrassments have renewed a sense of urgency and prompted Suga to launch an all-out effort to go digital. He is setting up a powerful digital agency that is expected eventually to control the government’s entire IT system budget, which was worth about ¥800bn in the fiscal year 2020. By streamlining the software and standards across all ministries and local governments, he plans to expedite a digital overhaul of administrative procedures as well as of key sectors such as healthcare and education.

Suga has moved swiftly. He tapped Takuya Hirai, an IT expert within the ruling Liberal Democratic party, to set up the digital agency and appointed Taro Kono, known for his social media savvy, as the minister for administrative reform. Sweeping legal changes to enable the transfer of authority from each ministry and municipality were approved in May, paving the way for the agency’s scheduled launch in September.

The ingredients for a modern digital economy are already there. Japan was an early mover in building internet infrastructure and was on the cutting edge of mobile telephony until the introduction of smartphones. The country’s rapidly ageing population means there is strong demand to increase productivity through technology. Making bold moves to boost the digital competitiveness of the public and private sectors could add up to ¥79tn to Japan’s gross domestic product by 2030, estimates McKinsey Global Institute.

Some experts say Suga faces an uphill battle in creating a competent digital organisation. The endeavour will require attracting talent from Japan’s tech sector, which is already making up for an engineer shortage by hiring foreign talent. Hirai has ruled out this solution. The digital agency, he said, “will not hire foreign nationals as civil servants”.

Unifying systems across ministries also means busting the sectionalism, or walls, built up within each bureau over decades, known as tatewari gyosei.

And a digital push in areas such as healthcare is already being met with hesitancy from the private sector. “This is asking for a fight,” said Timothy Langley, chief executive of consultancy Langley Esquire. “The set-up of a digital agency means: I’m going to take power from all of you ministries. You can’t hide any more.”

The idea is for the agency to combine top-down decision-making with the private sector’s tech expertise. It will be placed directly under the cabinet office and will be led by the prime minister, with the digital minister running the day-to-day operations. A digital expert will advise the minister, a post that Hirai said could go to a private sector hire. The agency plans for 120 of its 500 employees to come from the private sector and universities.

Hirai has taken his “government as a start-up” slogan on a media blitz to promote the agency’s tech friendliness, appearing on talk shows on YouTube and social media apps such as Clubhouse. He has not minced his words in calling Japan’s past digital policies a failure. “This digital defeat is our last chance,” he declared during an online forum last year.

Hiring is being conducted by the information technology strategy office, a division of Japan’s Cabinet Secretariat. When the project was launched in September, Hirai tapped a group of young officials to lead on-the-ground operations. He also brought in tech industry executives as advisers. Discussions led to the IT strategy office awarding a contract to Tokyo-based start-up Herp to provide online software that manages the remote hiring process.

One adviser called this a symbolic move: the IT strategy office had previously told applicants to send in their documents by post.

“We are really a venture,” said Herp’s chief executive Ichiro Shoda, “so we have never done a government project. I think there was a credibility risk but I think we were chosen because [the officials] sympathised with our ideas.”

Shoda said his team was surprised by how quickly the members involved in the recruitment process were able to grasp its software. “Officials from ministries, external advisers and aides were all using our service. We didn’t spend much time explaining how to use it.”

Whether bureaucrats and engineers from the private sector can work in harmony will have big implications for Japan’s digital policies. A string of new laws recently passed by parliament defines the digital agency’s role as an “overall co-ordinator” and gives the digital minister authority to make recommendations to the heads of other government ministries and agencies. The agency also has the power to build core systems on its own.

The projects it will oversee include having the entire population obtain a My Number card by March 2023, bringing 98 per cent of administrative procedures online by 2025, transferring data kept in each municipality to the cloud and creating a new digital category for civil servant exams.

The targets seem ambitious. In reality, they are goals that Japan’s peers have already been tackling for years. India launched its national identification system, Aadhaar, in 2010, and nearly all of its 1.3bn people have since registered. Singapore plans to make all government services available online by 2023. Only 7.5 per cent of Japan’s 55,765 administrative procedures could be completed online as of 2019, according to the Japan Research Institute.

Japan ranked 27th in the IMD World Digital Competitiveness Ranking 2020, down from 23rd in 2015. The fall contrasted with China’s rise from 33rd in 2015 to 16th and with South Korea, which jumped from 18th to eighth.

Japan was not always a laggard in digital technology. It built out its internet infrastructure by 2000, when it had the second most internet users in the world, just behind the US. In 2001, then prime minister Yoshiro Mori had a plan drafted for Japan to become a global IT leader within five years.

The country reached some goals, such as laying fibre-optic cables across the nation. But targets such as streamlining government IT systems were largely abandoned. That left each ministry and municipality to manage its own systems. Most organisations lacked technical expertise and outsourced the projects to system integrators such as NTT, Fujitsu and NEC, creating a fragmented environment in which data cannot be shared.

One early IT adviser to the economy ministry said he was surprised by how new contracts were being awarded without much being completed. “It was like constructing a building without a door and then starting a door construction project,” the person recalled. “There was always an excuse for not being able to finish the original plan.”

The lack of change came to haunt the country during the pandemic. In February, the health ministry said it had found a glitch in its contact tracing app for Android users. The app failed to notify users when they came in close contact with another user who had tested positive for Covid-19. Health minister Norihisa Tamura shocked the public by admitting the app “essentially had not been functioning since September”.

Why did the ministry fail to notice the glitch for more than four months? In May 2020 the ministry awarded the contract to Persol Process & Technology, a subsidiary of staffing firm Persol Holdings. In turn, Persol subcontracted the project to five companies, a move it said was due to the short timeframe given to complete the project. Because the responsibilities were sliced up and spread across different companies, “there was no shared understanding over who was actually performing the final quality control”, the ministry concluded after investigating the issue.

Langley says the digital agency should shoot for some quick victories to gain the public’s trust. Those would include abolishing the hanko stamps that the Japanese use instead of signatures and shedding a reliance on fax machines, especially at local government offices.

Bigger reforms such as in the healthcare system are more challenging and cracks are already starting to appear. Plans to enable the My Number card to be used as an insurance card at hospitals, dentists and drugstores were delayed from the initial target date in late March. The health ministry blamed errors in some of the insurance data registered in the system. But many hospitals are also wary of the additional system costs. The ministry had planned to start trials at 500 hospitals and pharmacies but only 54 joined.

The use of overseas cloud services to store and analyse data is another potential landmine. Japan has no local equivalent to services provided by US tech giants Amazon and Microsoft. Some parts of the government already use cloud services such as Amazon Web Services. But “will the prime minister allow his own medical records to be stored on AWS?” wondered a health ministry adviser. “The debate is just starting.”

Hirai believes that starting the debate is an important step forward. “Gathering the authority of each ministry and agency in one place, including the budget . . . consensus building for such a move will not be possible unless it is an emergency,” he said earlier this year. “The sense of speed is unprecedented but it is probably the only way to do it.”

A version of this article was first published by Nikkei Asia on June 15 2021. ©2021 Nikkei Inc. All rights reserved. 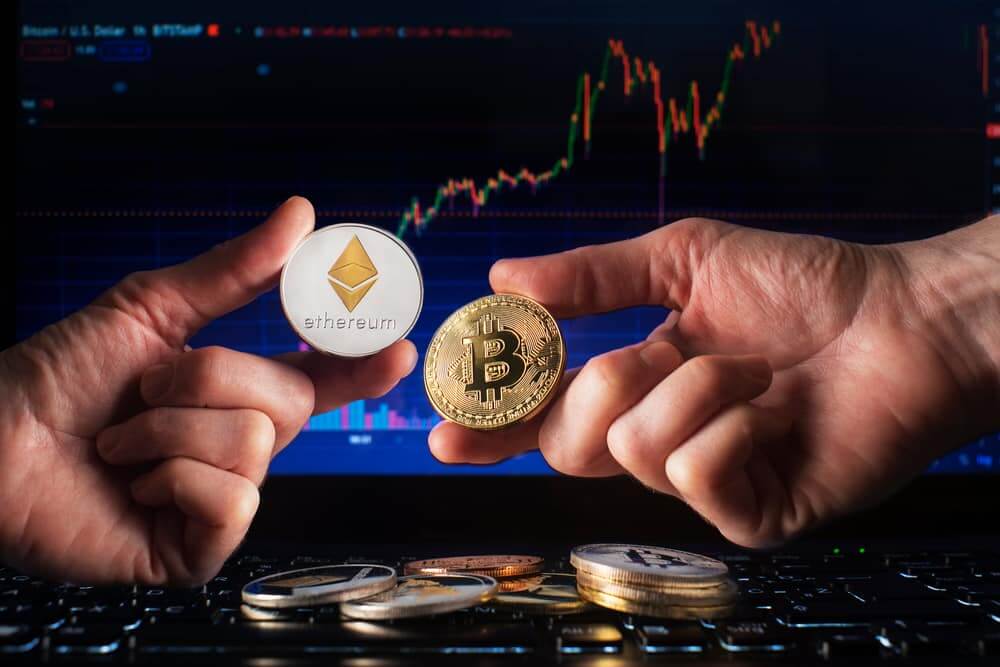 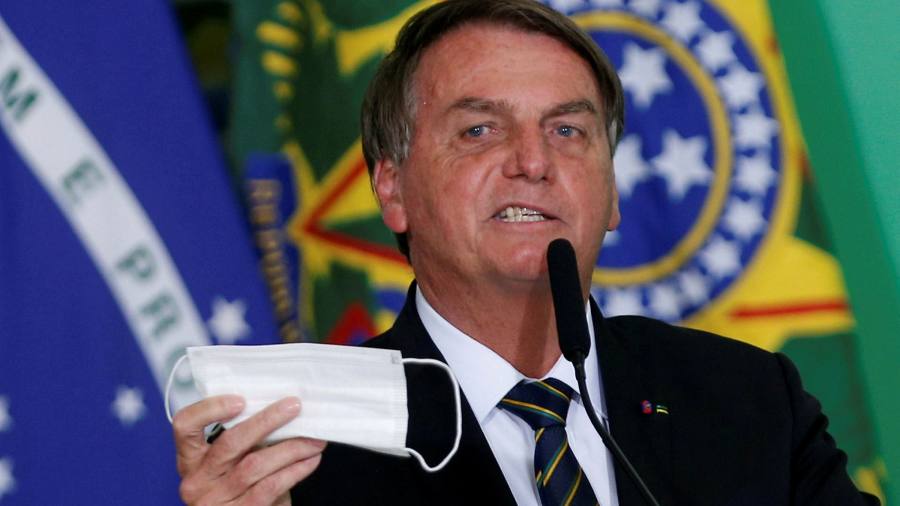 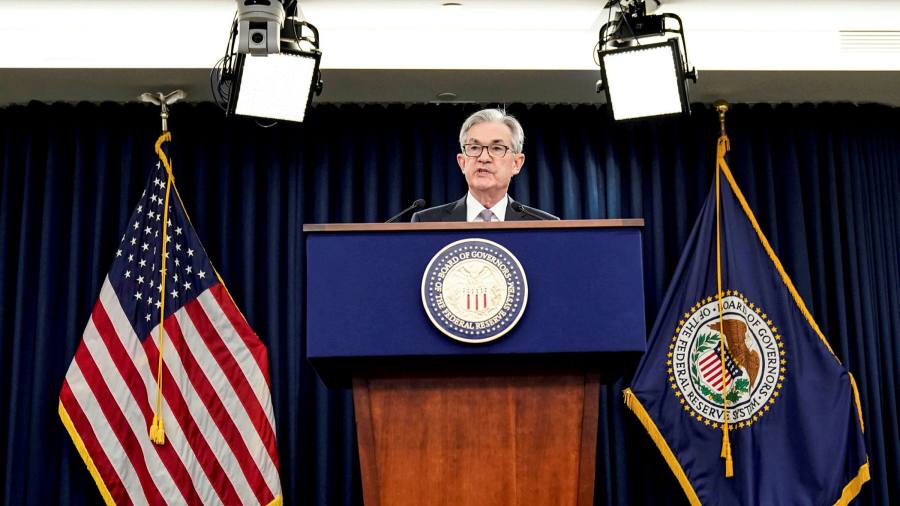 Could a growth setback be the surprise scenario for US markets?