Euro 2020 might be a European Championship that defies prediction. Spread across 11 cities in the midst of a pandemic, who can know what fate has in store? One COVID-19 outbreak could derail even the most gifted of teams and even the schedule. Mix in the fatigue factor for players who have had an even more congested and hectic season than normal, and the tournament could develop into a survival of the fittest and freshest.

The peculiar, 24-team format also can produce tales of the unexpected. Portugal lifted the trophy in 2016 after finishing third in their group and only winning one game in 90 minutes throughout the whole tournament. Remember, the Euros have given us shocks before: Denmark got off the beach as late replacements for Yugoslavia and won the whole thing in 1992, and then there was the barely believable 150-1 triumph of Greece in 2004.

England have never won the competition or even made the final, but they’re among the favourites to do so this time. Drawn in Group D, they also have the added advantage of potentially playing all but the quarterfinal at their Wembley Stadium home, though no hosts have won since France in 1984.

Led by World Cup Golden Boot winner Harry Kane, Gareth Southgate’s squad is full of exciting young attacking talent like Mason Mount, Phil Foden and Jadon Sancho. But key defender Harry Maguire is in a race to be fit, and without him, the defence looks vulnerable against the top teams.

There are also worries over the form of Marcus Rashford and Raheem Sterling. Jack Grealish, though, could be one of the players of the tournament if his shin injury is managed successfully and Southgate has faith enough to pick him. As in 1996, when England reached the semifinals and the nation sang “Football’s coming home” (it didn’t, as it turned out), Wembley will be a factor.

France are also fancied, as they still have nine of the 11 players who won the World Cup final three summers ago. Add in the return of Real Madrid‘s in-form striker Karim Benzema from his six-year international absence and the team looks more formidable than ever.

A front three of Kylian Mbappe, Benzema and Antoine Griezmann is frightening, and there is quality everywhere, though goalkeeper Hugo Lloris has not had his most convincing year at Tottenham Hotspur. France, though, are in arguably the hardest group — Group F — with Germany, Portugal and Hungary, who must be wondering what they did to deserve such awful luck in the draw.

Germany hope to give their long-serving coach Joachim Low a winning farewell, but confidence in this team does not seem high after a 6-0 humiliation against Spain and a shock 2-1 defeat against North Macedonia in the past nine months. Low has recalled veterans Thomas Muller and Mats Hummels to a squad that still possesses enough quality to be dangerous. The first match, at home to France in Munich, could be a barometer of their mood and form.

Portugal have a stronger squad than the one that triumphed rather freakishly in 2016. Cristiano Ronaldo, Bruno Fernandes and Ruben Dias lead a star-studded cast list, and if ultra-conservative coach Fernando Santos loosens his restraints, they are capable of retaining their crown. He probably won’t though.

Hungary look like cannon fodder against such powerhouses, especially after losing their star player Dominik Szoboszlai to injury on the eve of the tournament. But home advantage in a rocking Puskas Arena in Budapest might just help them pull off a surprise or two.

Belgium, ranked No. 1 in the world, will be strongly fancied for another long run like they had at the World Cup in 2018, when they reached the semifinals. They have more or less the same group of players, but talisman Eden Hazard has struggled for form and fitness, while the wonderful PFA Player of the Year, Kevin De Bruyne, has had eye surgery, which will at least mean he can avoid playing with a face mask. It will surely affect him, though. There’s also an ageing defence, which might get found out in the latter stages.

Denmark are in Group B with Belgium, as well as unpredictable Russia and debutants Finland, who will rely on the goals of Norwich City’s promotion hero, Teemu Pukki. The Danes look lively outsiders; with Kasper Schmeichel in goal, a tough defence that shut out England at Wembley, bags of experience and the clever promptings of Christian Eriksen, they are capable of giving anyone a hard time.

Italy are less cautious than in years past and on a long unbeaten run under Roberto Mancini. Ciro Immobile can bang in the goals with help from wide men Federico Chiesa and Lorenzo Insigne, while the Azzurri also feature a classy midfield, grizzled veterans Giorgio Chiellini and Leonardo Bonucci in defence and flying full-backs in Alessandro Florenzi and Leonardo Spinazzola. A doubt over the fitness of key midfielder Marco Verratti is a concern, however.

The Italians kick off the tournament in Rome on Friday with a Group A clash against a Turkey team boasting their best-ever defence, which let in just three goals in qualifying and took four points off France. This is a tough group that also includes Switzerland, tournament last-16 regulars, and Wales, for whom Gareth Bale might not be the force he was in their surprise run to the semis in 2016. Italy should top the group, but it looks tight after that.

What about Spain, who won three big tournaments in a row from 2008 to 2012 with a vintage team? That 6-0 win over Germany, in which Ferran Torres scored a hat trick, served notice of their talent, but there are questions to be answered.

Spain’s preparations have already been severely hit by positive COVID-19 tests for Sergio Busquets and Diego Llorente, forcing others in the squad to train alone and Spain to hand debuts to 16 players in Tuesday’s 4-0 win over Lithuania. Only an optimist would believe that other teams can dodge similar trouble, and there’s a feeling that this is an unpredictable team doomed to fall short unless Alvaro Morata or Gerard Moreno deliver plenty of goals.

Spain should have too much for Group E rivals Sweden (what a pity Zlatan Ibrahimovic is not fit), Marek Hamsik‘s Slovakia and Poland, who could nick second place in that group if Robert Lewandowski can maintain his record 41-goal Bundesliga form and avoid the nearly invisible showing he endured at the prior World Cup.

In England’s group, World Cup finalists Croatia still have 35-year-old Luka Modric pulling the strings, and while results this season have been modest, there is new talent in the likes of strikers Bruno Petkovic and Nikola Vlasic. Regardless of recent form, they still have enough good players (including Ivan Perisic, Marcelo Brozovic, Mateo Kovacic) to give England a tough opening game at Wembley.

The Czech Republic, finalists in 1996, are hard to read; but West Ham’s Tomas Soucek was one of the players of the season in the Premier League, and they’ll hope to recreate the exciting 2-1 win they had over England in Prague during qualifying, rather than repeat the 5-0 pasting they took at Wembley.

Also in that group are improving Scotland, who qualified for their first major tournament in 23 years. Led by Liverpool‘s Andy Robertson and shrewdly managed by Steve Clarke, a 2-2 draw away to Netherlands in a recent tuneup game served notice that the Tartan Army are likely to be very competitive. Clarke has cleverly downplayed the hype surrounding the clash with England, reasoning that games against Croatia and Czech Republic at Hampden Park represent their best chances of getting the necessary points to advance.

Netherlands themselves have missed the past two tournaments, and not everyone is sure Frank de Boer is the man to usher them into a more successful era. With no Virgil van Dijk to lead the defence, it’s hard to fancy them as possible winners. That said, with home-field advantage in all three games of a kind Group C that contains North Macedonia, Ukraine and Austria, the Netherlands look sure to advance to the knockout stages.

North Macedonia’s presence in their first-ever Euros comes via the Nations League D4 route, and it sparked a nationwide party. Veteran Goran Pandev, 37, is their torchbearer, and that amazing win over Germany in March will encourage them to believe they are not just making up the numbers. Could they be this year’s Iceland?

Forced to make a call at this range, France would be my pick to win it, with Portugal and Italy in contention and Denmark as a lively long shot.

George P. Bush defends his support for Donald Trump: "I'm my own man" 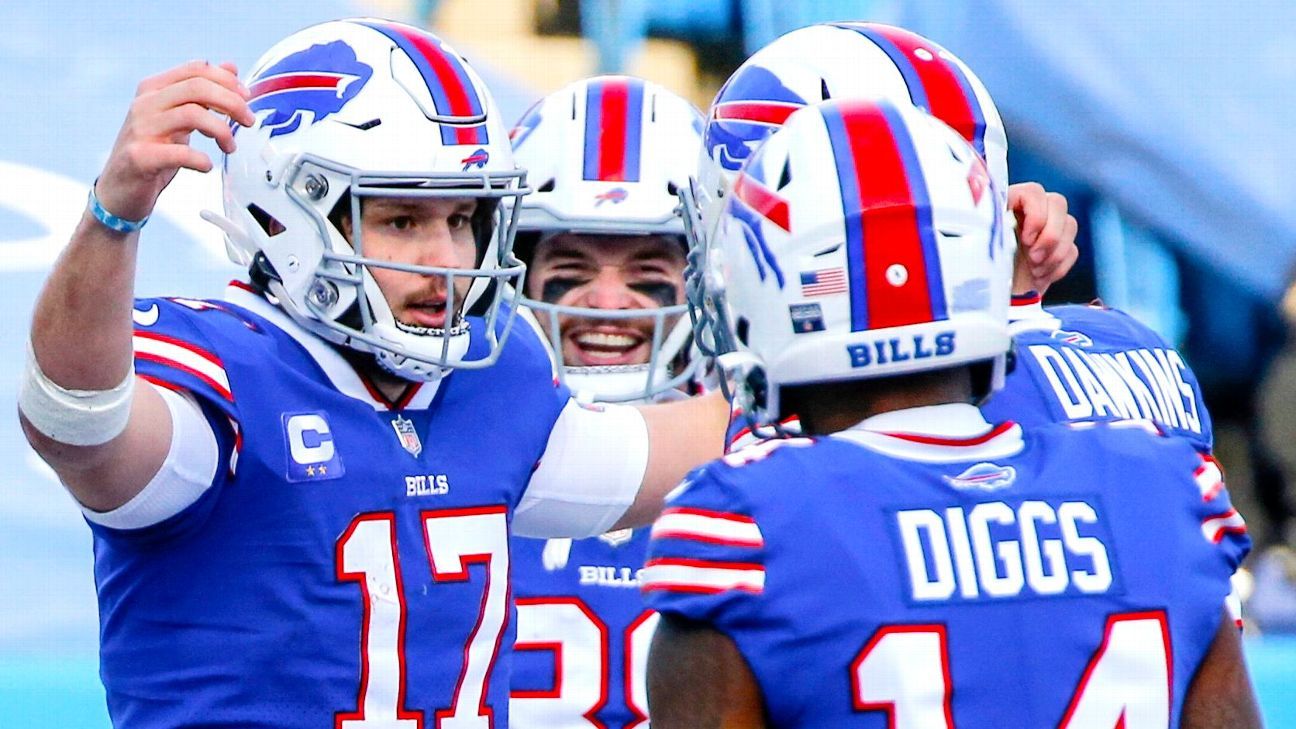 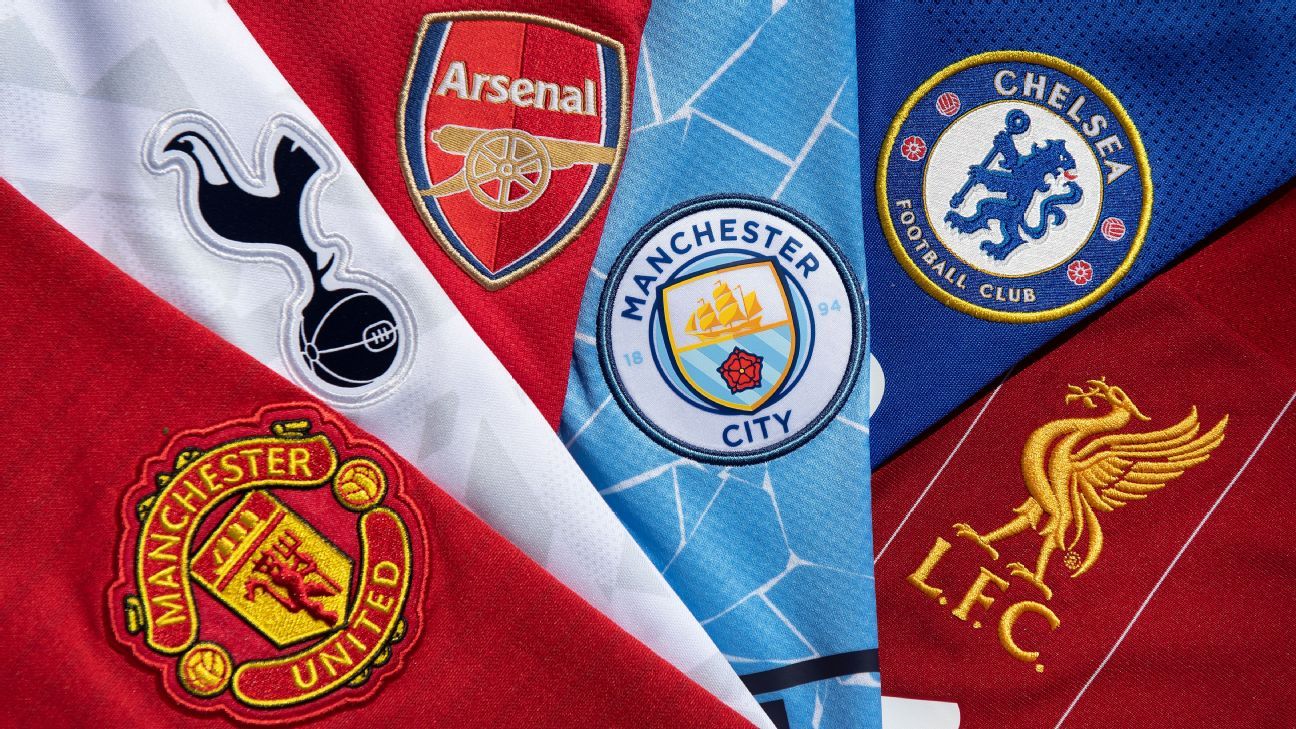