The Marlins have outscored the NL Central leaders 21-3 through the first two games and put themselves in position to sweep their first series since winning both wild-card games against Chicago last fall.

Duvall remained locked in after hitting a grand slam and two-run drive in Friday’s 10-2 romp. He had two-run shots in the first and third against Jake Arrieta (5-8), joining Derrek Lee in 2002 and Giancarlo Stanton in 2016 as the only Marlins with back-to-back multi-homer games.

The only hit López (3-4) allowed was a single to shallow left by Eric Sogard in the second inning. The right-hander struck out seven and walked none.

Chicago’s Jason Heyward hit a solo homer in the eighth against Anthony Bass.

Duvall made it 3-0 in the first when he followed Jesús Aguilar’s RBI groundout with a two-run shot, driving an 0-2 sinker the opposite way to right.

The Marlins added a run in the second when Jorge Alfaro singled and scored on Jon Berti’s sacrifice fly.

Duvall extended the lead to 6-0 in the third with another two-run shot, launching one halfway up the bleachers in left-center for his 16th home run. That gave him three multi-homer games this season and 10 in his career.

The Cubs had not allowed 10 or more runs in back-to-back games at Wrigley Field since Aug. 18 and 19, 2015 against Detroit. They allowed one to score when a pop fly dropped between the mound and plate for a single and another on a wild pitch in losing for the fifth time in six games.

Cubs: RHP Adbert Alzolay (blister on right middle finger) is scheduled to start Monday against Cleveland after being sidelined since June 7. “It’s a big piece we’ve been missing,” manager David Ross said. “He’s been one of the guys that have really given us … consistent starting pitching, with real swing-and-miss. Has been a real asset to our rotation this year.” … RHP Trevor Williams (appendectomy) threw a bullpen session Saturday and LHP Justin Steele (right hamstring strain) is scheduled to throw one on Sunday.

The weekend series winds down, with RHP Alec Mills (2-1, 6.11 ERA) pitching for Chicago and rookie RHP Zach Thompson (1-1, 2.25) makes his third start for Miami. Mills lost to the New York Mets on Tuesday. Thompson went five scoreless innings in a win over Atlanta on June 12.

MORE NEWS: What To Do To Stay Safe Around Water This Summer At The Pool Or Beach 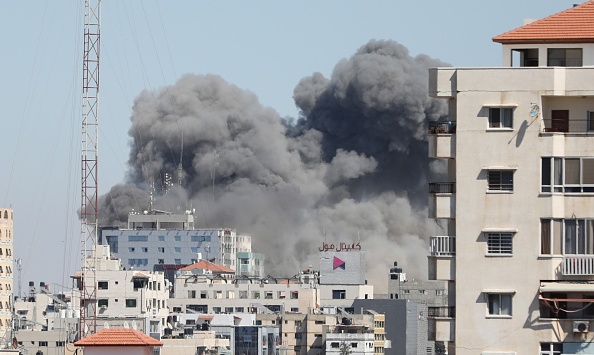 Hurricane Elsa Is Earliest “E” Named Storm In July, Not The Strongest