Europe’s largest political family, the centre-right European People’s party, is set to lose its president. Donald Tusk announced he would step down to return to Polish politics and try to revive the fortunes of the opposition. Talks on his successor at the EPP will start in the autumn.

On the opposing side of Poland’s political field, Prime Minister Mateusz Morawiecki was appointed vice-chair of the ruling Law and Justice party, strengthening his position to succeed Jaroslaw Kaczynski, who was re-elected on Saturday for what he said would be his last term.

Our main focus today will be on the EU’s attempt to flesh out its investment strategy aimed at countering China’s Belt and Road Initiative. We will unpack the latest draft proposals that EU’s foreign ministers are due to discuss this month.

Meanwhile, after a rough start in Ljubljana last week, the bloc’s rotating Slovenian presidency is likely to come under renewed scrutiny, with Prime Minister Janez Jansa to be grilled by members of the European parliament in a hearing in Strasbourg tomorrow.

And we will look at Italy’s options for dealing with its troubled bank, Monte dei Paschi di Siena, once coronavirus pandemic support is phased out.

From buzzwords to reality

The western response to China’s Belt and Road Initiative has to date consisted more of buzzwords and lofty ambitions than concrete projects.

This month, EU foreign ministers will attempt to change that narrative as they push for more tangible progress via the union’s “connectivity initiative”, writes Sam Fleming in Brussels.

They followed a pledge by Joe Biden and his G7 partners in Cornwall last month to create a “Build Back Better” infrastructure partnership that could contribute to the estimated $40tn needed by developing nations by 2035.

Beijing’s BRI has long been viewed with deep suspicion in G7 capitals. The initiative has been deployed as a strategic tool by Beijing since its launch in 2013, as dozens of countries agreed to China-backed projects such as ports, railways and bridges.

Critics have warned that the scheme ends up lumbering recipient countries with onerous debt terms, as well as with projects that sometimes have a questionable business case or boast poor building and environmental standards.

“As more and more of the negative consequences of Belt and Road become visible in countries like Montenegro, Pakistan or Sri Lanka, governments around the world are increasingly looking for a sustainable alternative,” said a senior EU diplomat. “The EU’s connectivity initiative can provide this.”

The ministerial conclusions, which are meant to be endorsed at a foreign affairs council meeting this month, call for a push by EU capitals and their development institutions, together with national multilateral development banks and the European Investment Bank and European Bank for Reconstruction and Development.

New “strategic connectivity” projects should be programmed into the current 2021-27 EU budget, ministers will conclude, to complement private investment. Public finance including loans and guarantees could also “crowd-in” private capital, ministers say, while calling for a “unifying narrative” to frame the EU’s activity in the area.

The question, of course, is how coherent and substantial the EU’s joint efforts will prove to be with powers including the US, Japan and India.

The draft council conclusions, which do not explicitly refer to China, lack specific target figures — as did last month’s G7 statement. Instead, they list the EU budget programmes that ministers want to draw upon as they seek greater action from Brussels.

None of this amounts to a fully formed “rival” to the BRI. The EU and its allies lag far behind China, and it remains open to debate whether such an aspiration is even a realistic idea.

But the draft conclusions indicate that EU member states want to put more political weight and financial muscle behind their global connectivity ambitions. The conclusions are intended to serve as a particular wake-up call to the European Commission and its diplomatic wing, urging them to shift into a much higher gear.

Slovenia gets down to the first full week of its six-month EU presidency with the country’s prime minister Janez Jansa in a characteristically bellicose mood, writes Sam Fleming.

The tone was set during the opening events of Ljubljana’s presidency, as Jansa complained that smaller countries including Slovenia were treated as a second-class citizens of the EU; fulminated over perceived failings in his country’s judicial system; and accused the media of being “one-sided” in its coverage.

A near-two-hour press conference on Friday took a surreal turn, as the prime minister dimmed the lights in a large conference centre outside Ljubljana to show reporters a video alleging his country’s media was biased against him. In a separate session, his interior minister took aim at “swine” sitting at the top levels of European bureaucracy, without saying who he had in mind.

The previous day, Jansa stunned visiting EU commissioners in a closed-door meeting by alleging political bias on the part of two Slovenian judges, illustrating his point with a photograph displayed on large screens showing them with left-of-centre MEPs.

The gambit prompted a furious Frans Timmermans, EU executive vice-president, to refuse to join a “family photo” with fellow commissioners and the prime minister at the conference centre.

Jansa insisted in a press conference with a stone-faced Ursula von der Leyen, commission president, that his government would be an “honest broker” as it sought to advance EU priorities including the rule of law during the coming half year.

But Jansa’s willingness to use the platform provided by Slovenia’s presidency to voice his political grievances dismayed senior EU policymakers, who are anxious to push forward a densely packed legislative slate.

Slovenian ministers and officials are mapping out a detailed agenda covering migration, health, technology, EU enlargement, the economic recovery and crucially the launch of the EU’s massive carbon-reduction and environment legislative package this month.

Advancing EU priorities will require an intense co-operative effort between Brussels and Ljubljana — a goal that will not be helped by fractious relations at senior levels.

Jansa is due to testify about his country’s ambitions tomorrow at the European parliament in Strasbourg. Many MEPs are girding for a fight, and there seems little reason to expect the tone will improve following the presidency’s sour opening.

Italy’s booming goods exports, fuelled by a rapid increase in businesses using digital technology, have become a critical driver of the country’s economic rebound from last year’s historic recession. But the vast majority of Italy’s small and medium-sized enterprises are still without an online sales operation. (Read more here)

What to do with Monte dei Paschi

Will Mario Draghi be able to achieve what has eluded all of his recent predecessors as Italy’s prime minister: wrapping up the consolidation of the Italian banking system and sorting out the struggling lender Monte dei Paschi di Siena once and for all?

Despite a package of favourable terms from Rome to facilitate a takeover by a bigger and healthy lender, there are still many unknowns and several elements that make MPS unattractive to potential investors — including legal risks totalling €10bn, writes Davide Ghiglione in Rome.

The Tuscan bank, the oldest in the world, has a troubled history, which led to a state bailout four years ago that cost Italian taxpayers €5.4bn and handed the government a 64 per cent stake.

The state is hoping to find a solution to offload MPS ahead of next year’s budget. But negotiations have temporarily stalled.

As soon as the effects of the extraordinary measures put in place by the government on the system are better understood . . . it’s just a matter of who will make the first move

Selling MPS to UniCredit remains the Treasury’s preferred option. However, the Milan-based lender said its priorities were internal reorganisation and a revamped business plan under the guidance of new chief executive Andrea Orcel.

Other options to consolidate the country’s banking system include the unbundling of some of the assets of MPS — whose vulnerabilities are expected to be exposed further by stress tests at the end of July — and the formation of a big banking group, aside from UniCredit and Intesa Sanpaolo, around Banca Popolare di Milano.

Giorgio di Giorgio, professor of monetary theory and policy at Luiss University, said there was a lot of activity and excitement at different levels of the Italian banking system. “Any time could be good for M&A operations that would lead to a consolidation of the system,” he said.

Banks, however, were “still observing and waiting for the moment of uncertainty created by the pandemic to pass”, he added.

Whatever we present has to be credible from a social point of view. This is arguably the biggest transformational operation in living memory. It will be tough

Wallenberg warns against using Covid as excuse for protectionism 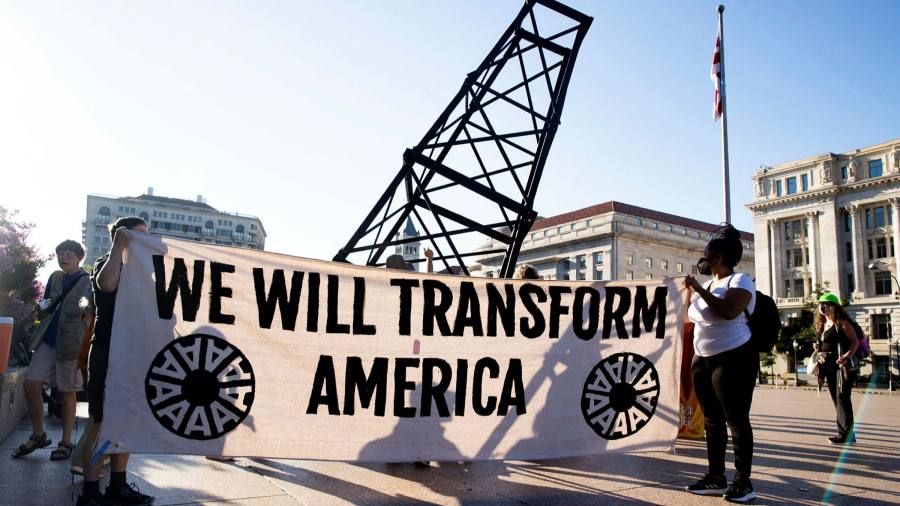 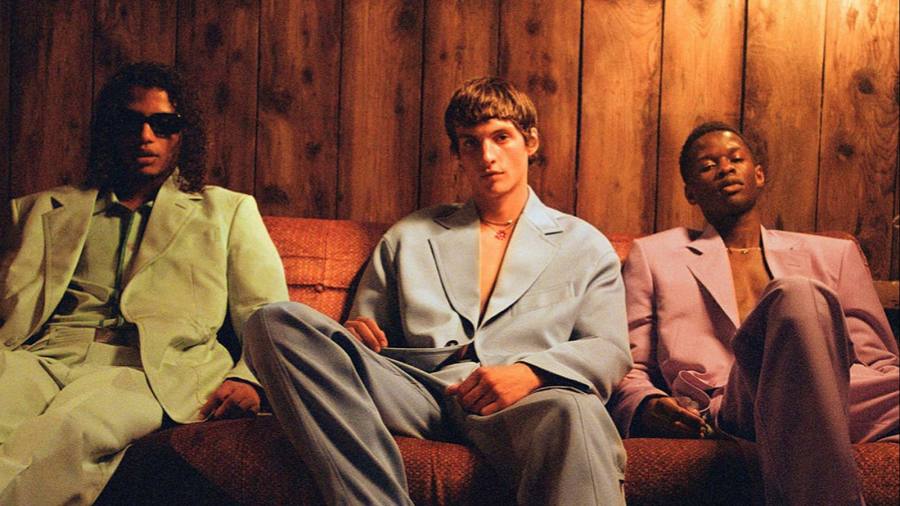