First, it was wallets, and then came bags. Bellroy has been seemingly cautious to add new product types to its lineup over the years. The company has dabbled in laptop sleeves and added phone cases to its repertoire. The essence of Bellroy still always veered toward being classic and timeless rather than chasing the new and flashy. Now, with a few additions, Bellroy is addressing the tech market more head-on: first with an eco-certified leather case for AirPods Pro, then with a case specifically designed to take advantage of the MagSafe magnet on the iPhone 12 line. An Apple Watch band will be shipping soon.

Plenty of products from Bellroy are used for modern tech. But those bags and pouches were mostly noncommittal about what gadgets slid into their slots and pockets. It’s refreshing to see new additions to its product line that cater to specific, popular gear. The company has even added a top-level heading for Tech alongside Bags and Wallets.

The AirPods Pro are housed in a slick, white charging case. The active noise-canceling earbuds are already secured inside that plastic container. Meaning, Bellroy’s Pod Jacket Pro is meant to protect the protection.

Still, having a case around the AirPods Pro case serves largely the same goal as putting a phone in a case. It keeps scratches and gunk away. It might save the AirPods Pro case from breaking on impact after a long fall, but that result is less certain. The case can also serve to prevent boredom with a dash of personality.

Is protecting a case a bit silly? Possibly. I’ve done it for a while, though. I saw some value in the idea after my first AirPods case got heavily scratched from being in my pocket and sliding around on tables. About a year ago, I put my AirPods Pro in an Incase cover and liked the extra assurance it provided.

The Bellroy Pod Jacket Pro hugs the AirPods Pro case tight. There’s not much thickness added, so the AirPods Pro case can still fit in pockets as it did without the Pod Jacket Pro on. The leather feels nice to the touch. The only area of concern is the back flap of leather that can stick out awkwardly when the lid opens. Other AirPods cases resolved this by removing protection in the back where the lid hits. Bellroy chose to cover the entire case in leather instead. It’s a tomato-tomahto situation. Personally, I like the look and feel enough to deal with the occasional times the folding material gets in the way of the lid’s fully opening.

It makes sense that a company dealing in leather for a decade can make a really good leather phone case. It has been making some phone cases for a few years now. Unlike Apple’s leather cases that wrap the entire phone in the material, Bellroy uses a flex polymer around the edges and leather on the back. This use of multiple materials feels more natural than it may look.

With this new Mod Phone Case, Bellroy applies the same design of its past iPhone cases but adds a MagSafe magnet on the back to attach an external wallet. There are also two very noticeable grooves on the back of the case to keep the magnetic wallet secured.

The phone case itself fits on the iPhone snuggly and is pleasant to handle. It works great as a case. The wallet portion is minimal enough with room for up to three cards. None of the individual parts present a problem—really. It’s the two grooves on the back that get covered by the wallet that could drive obsessive-compulsives crazy. The inconvenience that the indents present aren’t even practical in nature; they’re purely visual. You’ll need to know yourself whether this design will slowly drive you mad over time.

Apple sells a MagSafe wallet that attaches to the back of iPhone 12 phones. I’ve tried it, and the magnets are not sufficiently strong to keep it from sliding around a bit. The movement is enough to make me nervous that it might fall off when taking the phone out of or putting it into my pocket. Here, Bellroy has overcome that problem with the grooves. Its wallet attachment doesn’t come off unless you actively take it off. It needed to sacrifice flawless design to get that result, however. Was it worth it? [Cliffhanger music plays.]

Bellroy is adding to its tech collection with the Watch Strap, which is shipping in the near future. Like these other products, it uses leather and polymer materials. We should have a hands-on with that once it becomes available.

Less tech-related, but still a bit technical in its construction, Bellroy has a new Flip Case wallet. It was inspired by its 3 Card phone case, which has a similar card-carrying mechanism. The Flip Case features a hard-shell exterior and uses magnets to snap closed on each side. If you keep things minimal with less than eight cards, it’s a neat front-pocket wallet option.

Newsweek may earn a commission from links on this page, but we only recommend products we back. We participate in various affiliate marketing programs, which means we may get paid commissions on editorially chosen products purchased through our links to retailer sites.

The Communist party at 100: is Xi Jinping’s China on the right track? 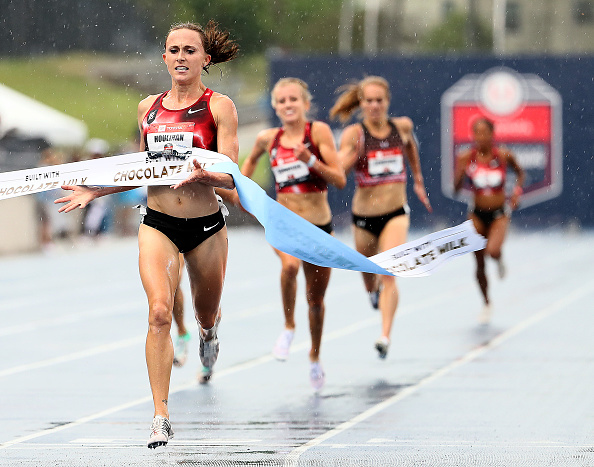 ‘Unfortunately, We Are Not Seeing Anything Positive’: Day 14 Of Surfside Condo Collapse Search