Hilde Lisko isn’t afraid of anyone.


That’s definitely one of her strengths, but it also leaves her extremely vulnerable in ways that she doesn’t always comprehend.


And Home Before Dark Season 2 Episode 4 had me asking once again why Matt wasn’t more concerned when Hilde told him the mysterious man she thought was watching her turned up behind her to get a drink at the gas station?


That seems an odd coincidence, even in a town as small as Erie Harbor. But I will say that the man almost seemed like he didn’t even hear Hilde more than he was consciously ignoring her.


Maybe Matt, like Izzy, could think that Hilde is a little paranoid, but it doesn’t come across that way.

Seriously, Hilde, you’re like some old person’s Reddit feed but like inside my house. Didn’t you just make a bunch of people happy because you cleaned up some pond? Can’t you just, I don’t know, enjoy that for the next ten full seconds before you move on to the next conspiracy?


Matt is so encouraging of Hilde, and I love that, but for a guy whose best friend was abducted and never found, he’s a little lax when it comes to keeping an eye on his 10-year-old.


But this is TV, so I’m probably going to have to let that one go so I can enjoy one of my favorite shows, or else it may just drive me crazy.


Bridget was worried about Hilde’s fixation on the pond being linked to Sylvester’s mental decline. However, Hilde is convinced that if she could only find answers to what poisoned the water, she can help cure her grandfather.


Bridget and Matt both know that the likelihood of that is slim at best, but neither wants to take that hope away from their daughter. I can’t blame them for that, but the fact that Hilde has made this case her personal crusade means she’s likely to take bigger and more dangerous risks than ever before.


But could Hilde be onto something?


Many of Sylvester’s friends are dead, which happens as one gets older, but if the men in that photo were all supposed to now be in their 60s and 70s now, it seems odd that the majority of them have already passed on.


Were any of them still alive besides Sylvester and Junior Johnson?


And as Matt considered fixing up his father’s boat, I couldn’t help but wonder if the contamination was limited to Pinewood pond.


If it wasn’t toxic algae, did whatever substance that polluted the water seep into the rest of Eric Harbor, only in lesser amounts so that it’s not as immediately noticeable?


On a side note, I appreciated Sylvester and Izzy having a moment together. Sylvester may not know Ginny, but it makes sense that if he’s close to Hilde, he’d have a relationship with his oldest granddaughter as well, but we haven’t seen much of that up to now.


Hilde’s investigation led her, Donny, and Spoon to some interesting places, including meeting with CEO Grant Williams. I really hope Grant isn’t a bad guy. I enjoyed how he listened and respected Hilde. As she said, not many adults do.

Hilde: Don’t take this the wrong way, but why do you actually answer my questions? It’s just that adults don’t usually do that.
Grant: I know everyone talks about the Richie Fife story and what a big deal that was, but I thought that little piece you did on the ethical treatment of animals in pet stores, I thought that was really compelling.
Hilde: I thought nobody read that; it got like four clicks.
Grant: Well, all four clicks might have been me, but I donated $20,000 to the Erie Harbor animal shelter because of it.


Not only did he allow Hilde to look at his company’s employee photos for the mystery man, but he also double-checked that she had told her parents about him. So far, there aren’t any reasons to dislike Grant, and I’m hoping it remains that way.


And I had to laugh when Grant asked Hilde to do an article on his company, and Hilde told him they don’t do puff pieces while Donny and Spoon raided the snack bar.

I hope you solve all the mysteries of life, Hilde Lisko, starting with this one.


But it’s one thing to walk into an office building and ask for an interview, it’s quite another to break into private property to look for clues, and that’s just what Hilde and her crew did at the mansion.


There’s something odd going on at the Woodruff Mansion, and since Grant said his family has a long history with aviation and aeronautics, I’m guessing that old, wrecked airplane may end up being linked back to him.


But as Hilde and her crew ran around in the creepy, dark basement, it was difficult not to think about how this could all go wrong, and they could disappear just like Richie Fife.


If Matt were smart, he’d have a GPS tracker embedded on Hilde, just to play it safe.


While Hilde was getting into the kind of trouble that only Hilde can, Izzy was adjusting to life without Jessica while getting to know Emma.


I generally like Emma, but I don’t have a good feeling about where this is heading.


Izzy doesn’t seem to realize that Emma is just as lonely as she is, given the girl is new in town. And Emma went from being Izzy’s possible new bestie to the third wheel in the minute it took Ethan to walk through that door.


Speaking of strained relationships, are Kim Collins and Frank Jr. dating? Friends with benefits? Something else?


It’s unclear, but what’s obvious is that he cares about her. Frank was hurt that Kim lied to him and then didn’t tell him she was considering taking a job outside of Erie Harbor.


I don’t blame Kim for checking out her job options, but her anger at Frank seemed misplaced.


Frank had no idea he was interrupting a job interview, and Kim didn’t have to get up from the table to confront Frank. Frank was upset because she blindsided him with this new information, and that’s understandable.


So was Kim feeling guilty about keeping him in the dark, stressed that the PTA still hates her, or is there more to it than that?


Elsewhere, it was fun to see Trip and Frank bond over their affection for Hilde and their dislike of Rutherford. Also, the mention of a classic ’80s comedy is always a plus.

Trip: Just do the extra patrols and maybe run a little interference for me with Hilde and her cohorts.
Frank: I could put a banana in Rutherford’s tailpipe, too, if that would help?
Trip: Don’t play with me. I might take you up on that.


But Rutherford has been oddly absent, not that I mind, but I am curious where that storyline is going for Trip.


I loved that she was elected Sheriff on Home Before Dark Season 1, but it feels like her hands have been tied since then.


How long will it be before she and Frank may have to come to Hilde’s rescue? We’ll just have to tune in to Home Before Dark Season 2 Episode 4 to find out.


Now it’s your turn. Want to chat about Home Before Dark? Then hit that big, blue, SHOW COMMENTS button down below to start the conversation. 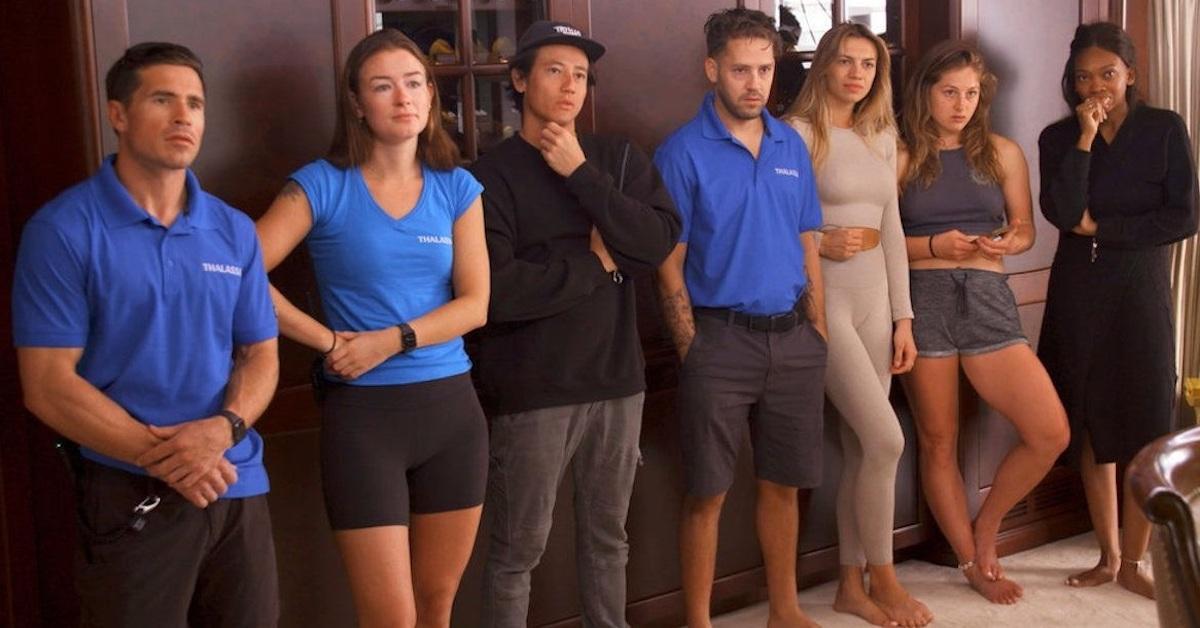 How Old Is the ‘Below Deck Down Under’ Cast? It’s Full of Fresh Faces 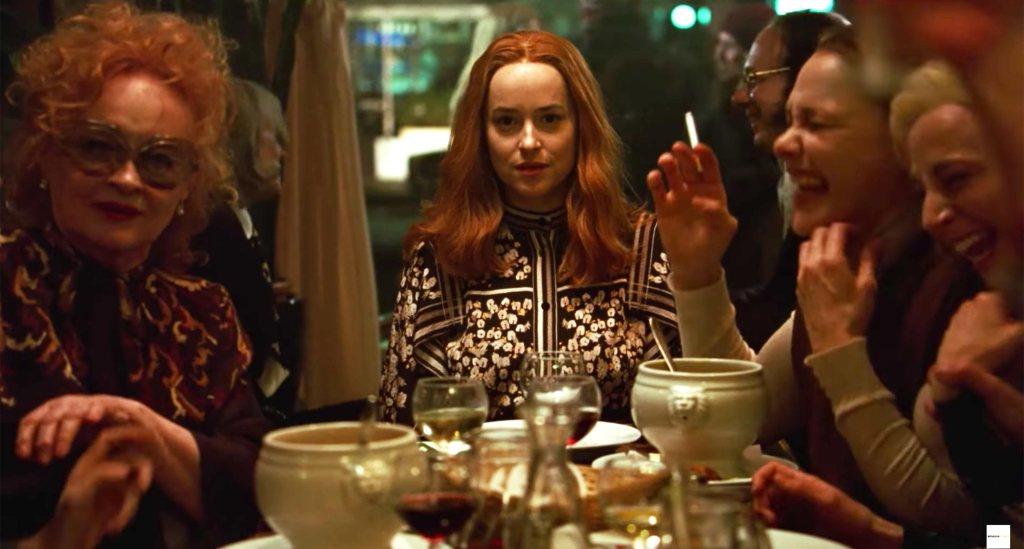