U.S. President Joseph Biden has a vision of fast trains whisking Americans to and fro around the country. His nearly $2 trillion infrastructure proposal includes $80 billion for new trains that could go a long way toward beginning to realize his vision.

Amtrak has already stepped up with a massive plan for Biden’s proposed rail dollars that would add dozens of new daily trains and connect 160 additional communities to passenger rail. And private rail operators Brightline in California and Florida, and Texas Central are also eager for any additional federal funds to speed construction of new lines.

“This is the moment” for new rail investment, Brightline CEO Michael Reininger told reporters on Tuesday. “We are highly impatient about making sure that this moment does not go by.”

Top of Reininger’s list is kicking off work on the company’s planned Brightline West project between Las Vegas and Southern California. The high-speed rail line would initially connect Sin City with Victorville, California — a city just outside the Los Angeles basin on the sole interstate to Las Vegas — about 170 miles distant. Work could begin later this year with trains running as soon as 2024 or 2025.

A Las Vegas rail line would give travelers a new way to get to the popular holiday and convention destination. Los Angeles is the largest source of inbound visitors to Las Vegas in the U.S., with nearly 1.6 million visitors in 2019, according to Las Vegas Convention and Visitors Authority data. Brightline hopes to take a sizable share of those visitors who either fly or drive today.

“We believe it is the next fastest operating system that can be produced in the United States bar none,” Reininger said. The catch is funding.

Brightline pulled a $3.2 billion tax-exempt bond sale in late 2020 on low investor appetite. And while Reininger said a new bond sale that would allow construction to begin is planned for this year, additional federal funds would be welcome and could speed up a future extension into the Los Angeles Basin.

Federal funds could also accelerate Brightline’s plans to extend its under construction rail line between Miami and the Orlando airport on to Disney World and eventually Tampa. Work on the Orlando line passed the halfway mark in May with hopes to open by the end of 2022.

A Seat at the Table for Private Operators

Amtrak has led the public push for new U.S. rail lines. Highlights of its Amtrak Connects U.S. vision include entirely new passenger rail corridors, including between New Orleans and Mobile, Alabama; Cheyenne, Wyoming, and Pueblo, Colorado, via Denver; and Los Angeles, Phoenix and Tucson. It hopes to realize the full plan by 2035. 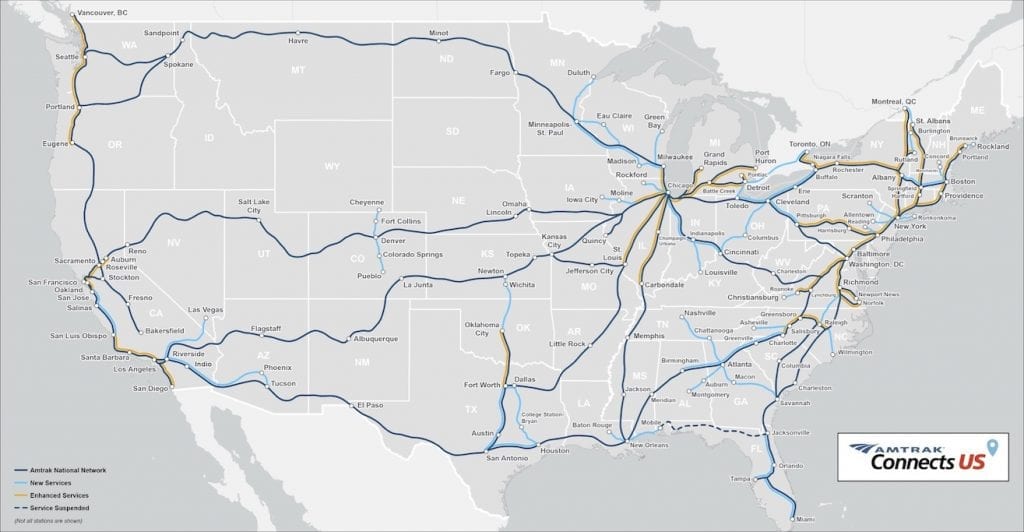 A map of Amtrak’s proposed expansion with funding from President Biden’s infrastructure bill. (Courtesy of Amtrak)

“The urgent economic and mobility needs of the nation require a more holistic approach that focuses on quickly improving and expanding our conventional network to serve more people and places with reliable service,” Amtrak CEO William Flynn told a U.S. House of Representatives committee as part of the push for additional funding in May.

While Flynn and Reininger share a vision of expanding passenger rail, they differ slightly on how the country gets there. Flynn’s push focuses on more public funding, particularly from the federal government, for new intercity corridors. It embraces the fact that arguably Amtrak’s biggest fan in Washington, President Biden whose nickname is “Amtrak Joe,” is in the White House.

Reininger, while also supporting public funds, is more focused on ensuring that any legislation includes opportunities for private operators — and not just public entities.

“Some of these [rail] projects that are envisioned are going to need full public sector support,” said Reininger. “But there are other instances with far less investment or assistance from the public sector that you can get fully baked results on the back end. That’s simply a more efficient way to use public sector dollars to get the same kind of an outcome.”

While not saying it explicitly, Reininger’s comments suggested a view that Brightline could better use limited public dollars by combining them with private funds than Amtrak in the corridors where it is investing. The national railroad’s expansion plan includes proposals for new service between both Los Angeles and Las Vegas, as well as between Miami and Orlando and Tampa.

One big caveat is whether Biden’s proposed infrastructure package will happen. The president ended talks with Republican Senators on a deal on Tuesday. That leaves two paths open to the president: pursuing a separate package being negotiated by a group of Democrat and Republican Senators, or moving forward with his proposal with the backing of just Democrats in both houses of Congress.

In addition to Amtrak and Brightline’s expansion plans, Texas Central hopes to begin work on its 240-mile Dallas-Houston high-speed rail line this year. The Federal Railroad Administration signed off on the more than $10 billion project last September.

“We are unbelievably enthusiastic about the rebound in the Florida economy and the patterns of travel, and the return to normalcy — it’s faster than anywhere else in the country,” Reininger said when asked about the resumption in Brightline’s Florida service.

The company suspended trains between Miami and West Palm Beach in March 2020 owing to the pandemic. While Reininger would not say when service would resume, he did indicate that trains would be running again in time for what he described as the peak Florida travel season after Labor Day.

He did not indicate any concerns that riders could avoid Brightline trains amid lingering Covid-19 fears.

How to keep your plants alive while you're on vacation 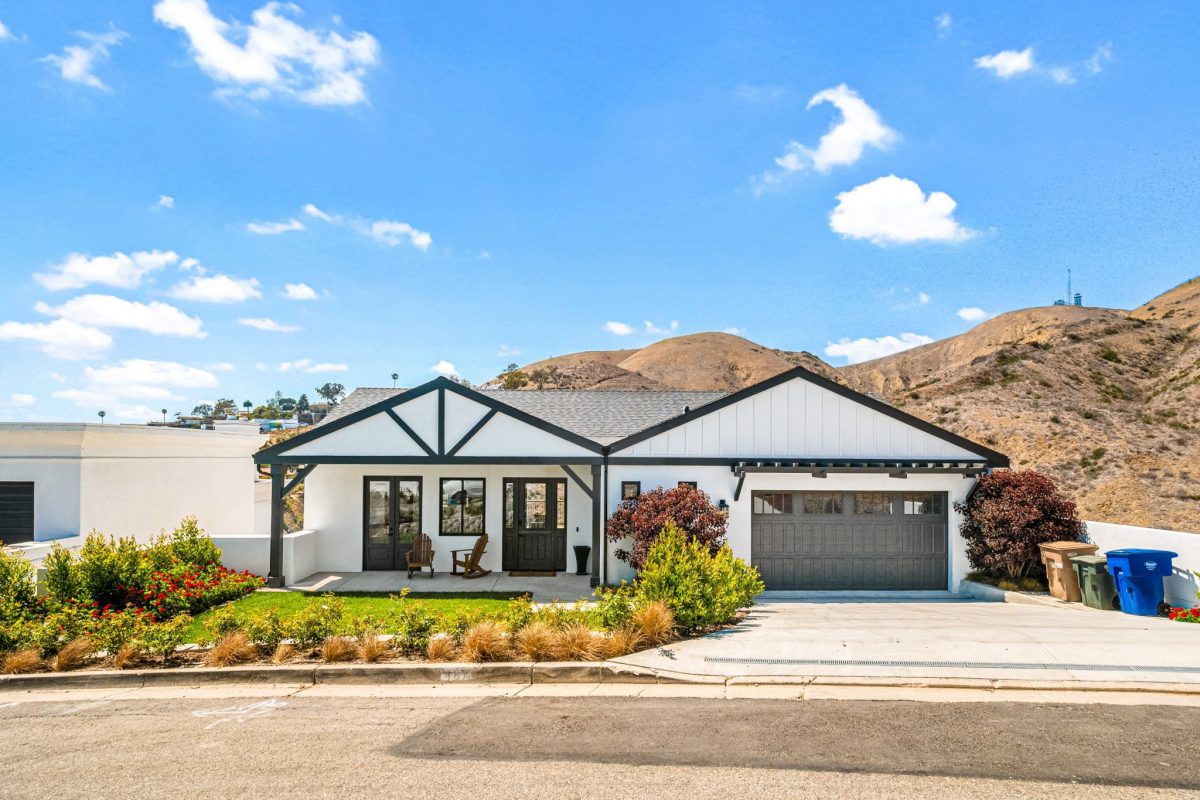 Vacasa Could Get Boost From Home Sales Softness