When Caleb Coder helped set up an emergency shelter in the US city of Portland in February, the aim was to provide a place of refuge during what was a brutal winter storm.

Five months later, the same Sunrise Center building is being used for the exact opposite reason: as a haven from the devastating and record-shattering heatwave that this week crippled not just the state of Oregon but much of the Pacific Northwest and Canada.

“People were literally crawling to the Sunrise Center because it was so hot. They were vomiting, burnt and dehydrated,” said Coder, whose Cultivate Initiatives supports the city’s vulnerable populations.

“Hundreds of people came through because we had water stations, misters and a shower truck”, as temperatures reached 47C (116.6F). “Had Sunrise not been there . . . ”, he trailed off. “It was life-saving.”

The unprecedented heatwave in the typically mild region, which has claimed hundreds of lives in British Columbia and dozens in Oregon and neighbouring Washington state, is the latest in a growing list of extreme weather events that have struck globally.

The increased frequency of such weather events raises serious questions, including whether humanity is prepared for the consequences of global warming and whether society can feasibly recalibrate for a warmer planet.

The US, in particular, has suffered a savage combination of heatwaves, droughts and wildfires in recent years, putting immense strain on its infrastructure and drawing promises of action from President Joe Biden.

In Canada, British Columbia has endured record temperatures, with the town of Lytton reaching a high of 49.6C (121.2F) on Tuesday — the day before residents were evacuated as raging wildfires devastated the town.

“There is an emerging consensus that this is some kind of new normal,” said ​​​​​​​​Dr Jennifer Vines, lead health officer for Oregon’s tri-county region. As well as this week’s heatwave, she pointed to the February “snowpocalypse” and the wildfires last year that hugely polluted the city’s air.

“How are we going to structure ourselves in our responses, given the intensity, the frequency and the sense of urgency that we’ve faced literally every few months over the past year?”

The blistering temperatures in the US and Canada this week were caused by an atmospheric high-pressure zone known as a “heat dome”. These conditions arise when the jet stream, a band of fast-moving air high in the atmosphere, develops a large wave pattern that keeps the dome locked in place.

Scientists are studying whether climate change is contributing to the jet stream’s unusual behaviour. Global warming has pushed up the planet’s average temperature, which is about 1.2C warmer now than in 1850. While heatwaves are not new, they are becoming much more extreme due to this wider warming trend.

On the ground in the northwestern US, the effects this week have been unforgiving. The heatwave has claimed about 80 lives in Oregon and at least 20 in Washington, according to officials, figures that are likely to climb in the coming days. In Canada, the number of dead is believed to be in the hundreds.

The extreme weather has laid bare the vulnerabilities of critical city infrastructure and the operations of local businesses. The streetcar service in Portland had to be suspended for several days this week after its cables began to melt in the heat.

In Washington, roads began to crack and Ciarrah Piller, 18, said the fridges at the Subway sandwich chain where she works simply stopped due to the heat. “We had to throw everything out and close early, it was insane.”

The soaring temperatures came as much of the US west coast was already preparing for yet another severe wildfire season. Brad Udall, a climate research scientist at Colorado State University, said about half the acreage destroyed by wildfires in the western US in recent years had been traced to the effects of rising temperatures caused by climate change.

The heat has also intensified a 20-year “mega-drought” that has brought a deepening water crisis to the region. As well as causing more evaporation from reservoirs, rising temperatures dry out the ground and increase the amount of water soaked up by plants, reducing run-off.

“What we are seeing in the American West is a long-term warming and drying,” said Udall, with temperature increases accounting for about half the decline in the water flow through the Colorado river since 2000.

The flow of the river, a vital source of water for the residents of California, Arizona and Nevada as well as farmers, has dropped by a fifth since the start of the century. “There are agricultural users who won’t get enough water. It’s a really harsh reality,” Udall said.

The increasingly common disruption has left many US cities and industries pondering if and how they can manage inevitable future weather events.

“How are we going to transition our built environment to live in a much hotter world?” said Kristie Ebi, a University of Washington professor who studies the impact of climate change on human health. She added that the everyday systems that we rely on to live need to be “designed to run in a lot hotter environment”.

Ebi pointed out that most of the efforts to deal with climate change in the Pacific Northwest have been focused on cutting greenhouse gas emissions, rather than adapting to accommodate the changing climate — and now there was a pressing need to focus on the latter.

The transition would likely mean more demand for construction materials and methods that can withstand extremes, she added, as well as air conditioning — until now, an unnecessary luxury in her corner of the US.

However, air-conditioning is an intensive user of energy that contributes to global warming. This week in Portland, such units were impossible to buy.

“You couldn’t find air-conditioners in the stores, they’d sold all of them,” said Shamshulla Sharafi, a taxi driver who continued working during the heatwave because his car — unlike his home — had air-conditioning.

In fear of another heatwave, he described the conditions that humanity may have to get used to enduring: “It was like someone throwing fire on your face.”

How ethane-consuming archaea pick up their favorite food 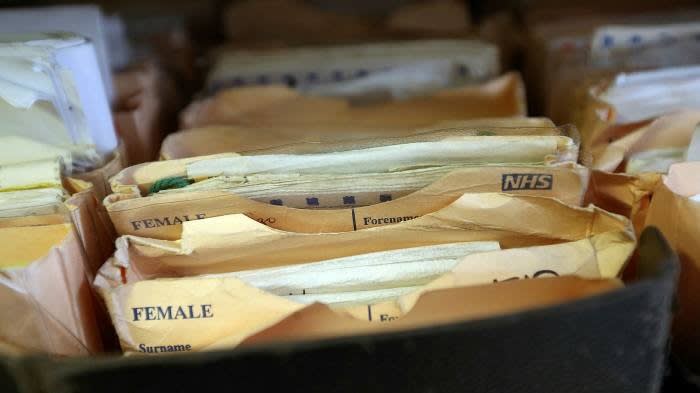 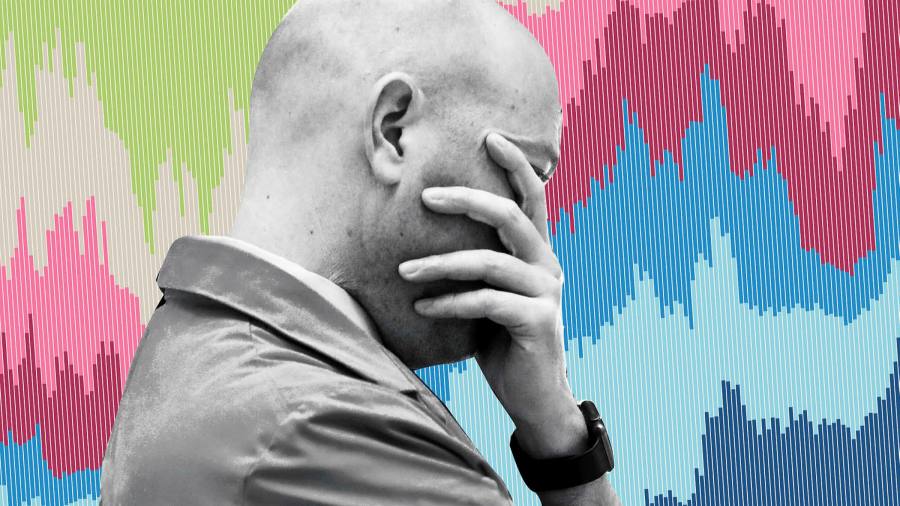 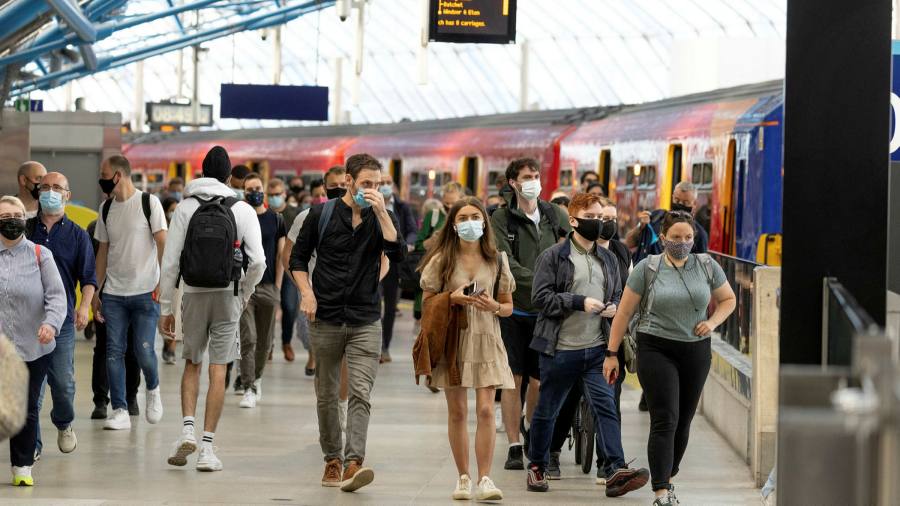 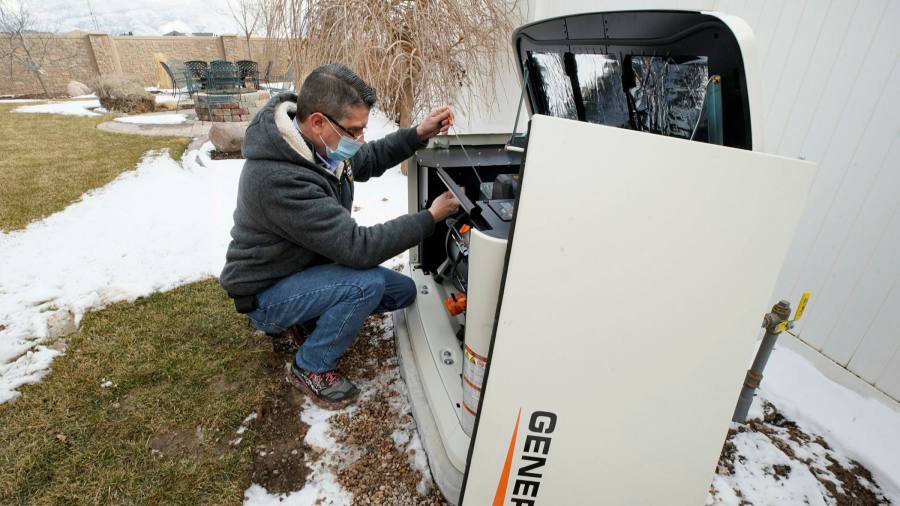 Thrum and haze of diesel generators spread across America