Currently, the COP26 climate summit is being held in Glasgow, Scotland, with numerous world leaders deciding on how to battle climate change. This year’s summit will mark the twenty-sixth United Nations Climate Change Conference.

Despite the crucial topic at hand at such conferences, many are alarmed at how U.S. President Joe Biden apparently fell asleep in the middle of a critical speech. Although the President’s nap was certainly brief, many can’t help but wonder if this is another signifier that Biden is too old for his job.

See the latest news about President Joe Biden and if his age is actually becoming detrimental to his presidency.

The Washington Post first shared a video of Joe Biden sitting among other leaders listening to a speech on the importance of climate change prevention. As the speaker announces to the world leaders that they have the “power to make decisions and reach agreements which will affect the lives of generations to come”, President Biden closed his eyes for nearly twenty seconds.

Of course, an aide swiftly went to the president and began to whisper to him before retreating. After that, President Joe Biden returned his attention to the ongoing speech. Biden is now seventy-eight years old and has become the oldest President of the United States. As a result, both his physical & mental health have become a recurring topic in the news as critics believe he’s unfit for the presidency. 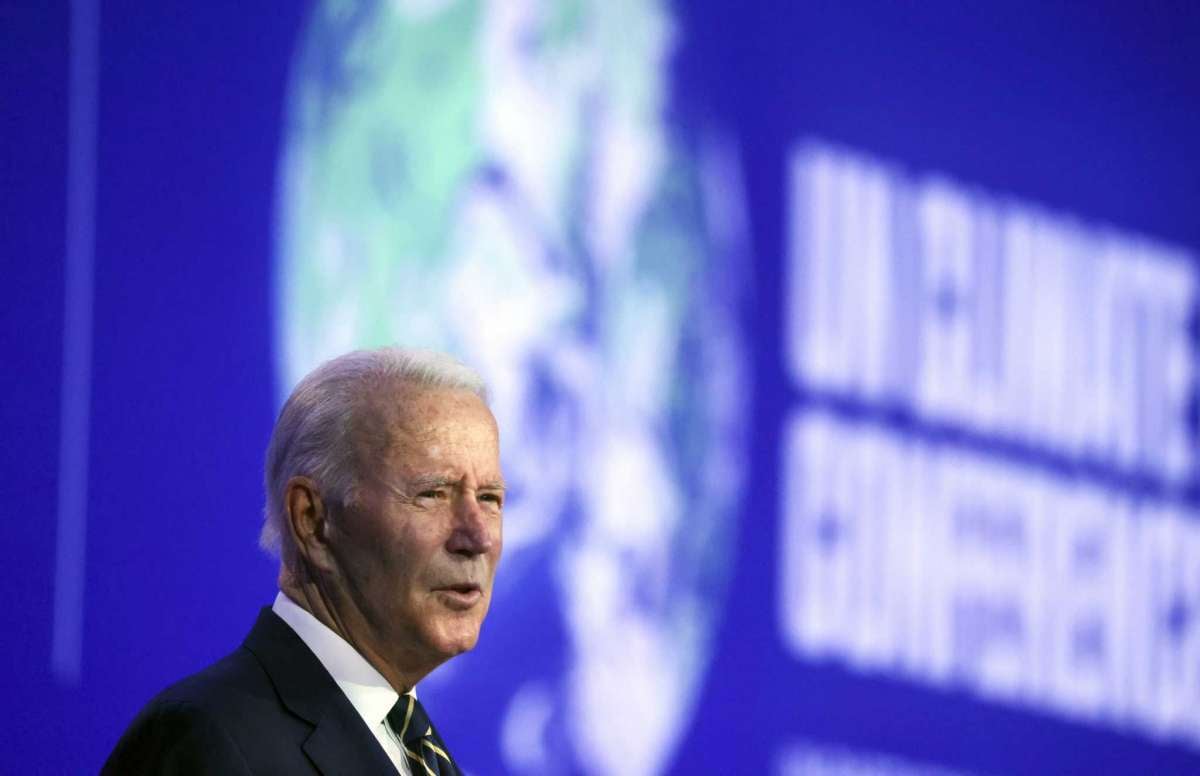 I wish the American media would be as honest about Joe Biden’s mental state as they are in Australia. pic.twitter.com/2oTtRZRQIZ

Well, this short clip highlights Biden’s recurring incoherent speech which is likely due to his old age. In the video, you can clearly witness Biden’s complete lack of coherency on two separate occasions.

🔴US President Joe Biden appeared to doze during the opening speeches of the #COP26 summit.

💤The 78-year-old seemed to nod off for more than 30 seconds before being interrupted by an aide who whispered something in his earhttps://t.co/QTOe43dwP3

Meanwhile, the latest news of Biden falling asleep at COP26 in Glasgow only further justifies the mounting criticism of Biden’s ability to remain in office at the age of seventy-eight. 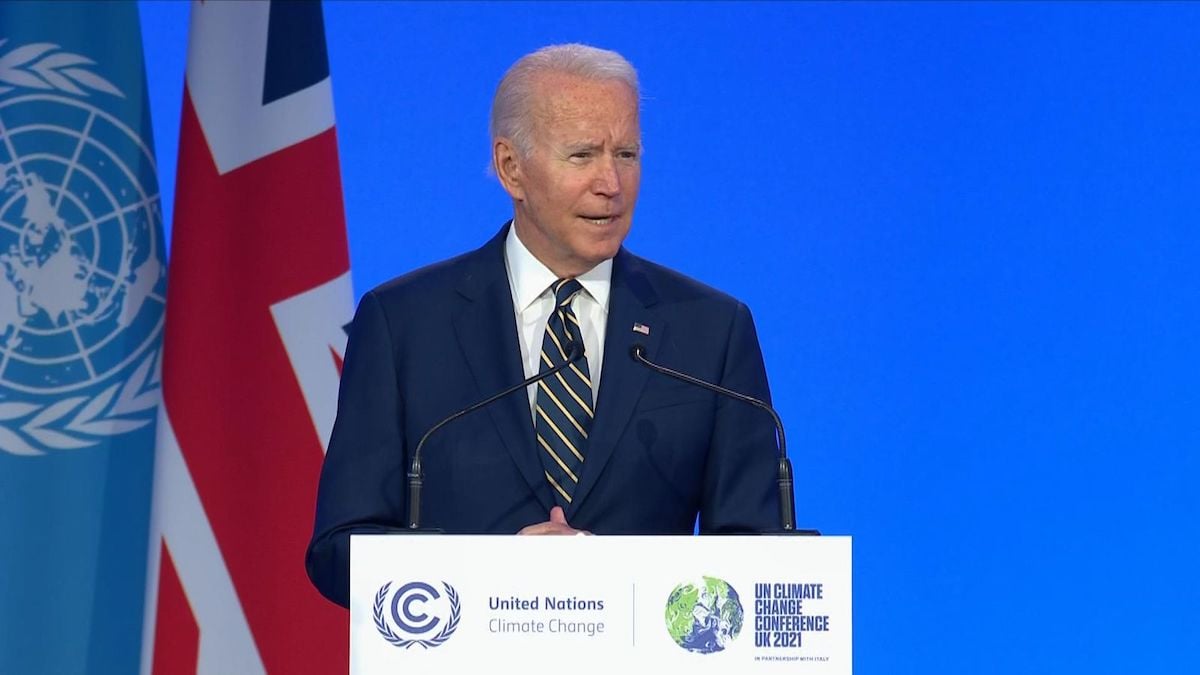 President Joe Biden said the climate crisis is “the existential threat to human existence as we know it,” and urged world leaders gathered for the COP26 climate summit to come together to reduce emissions and save the planet.

“This is the challenge of our collective lifetimes. The existential threat to human existence as we know it. And every day we delay the cost of inaction increases,” Biden said at COP26.

The President continued, “So let this be the moment that we answer history’s call here in Glasgow.” 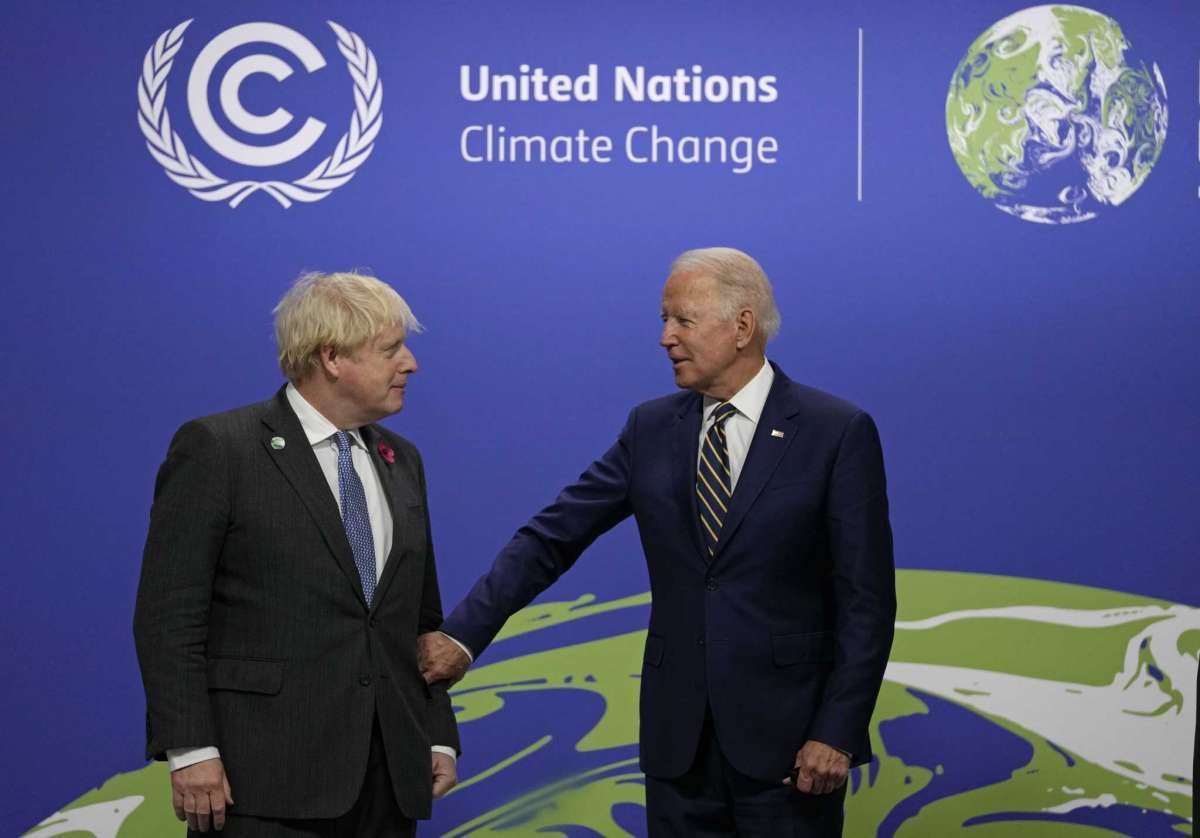 Biden continued his speech which emphasized the need for environmental reform. He declared, “Glasgow must be the kickoff of a decade of ambition and innovation to preserve our shared future.”

The president continued on how climate change is negatively affecting the world and “destroying people’s lives and livelihoods” and costing countries trillions of dollars.

“Record heat and drought, fueling more widespread wildfires, in some places crop failures and others,” he said. “What used to be once-in-a-century storms are happening every few years. In the past few months, the United States has experienced all of this.” 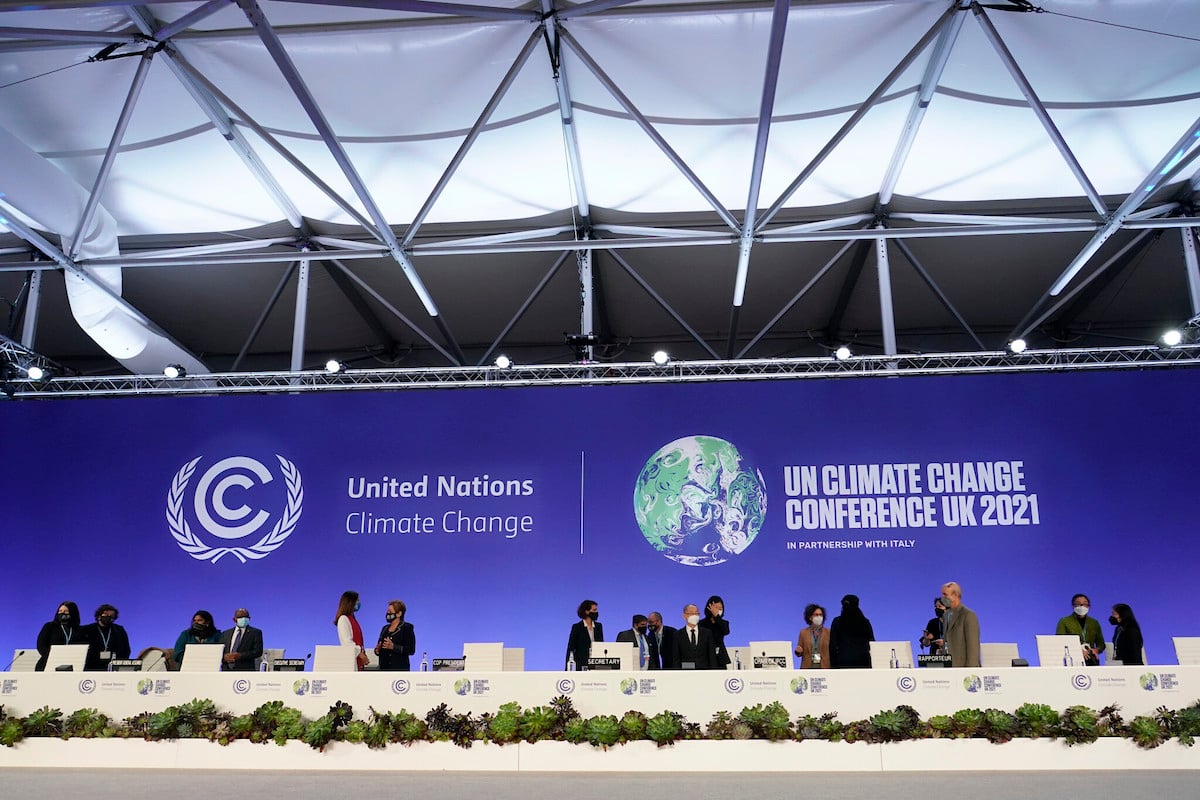 He continued, “We’re standing at an inflection point in world history. We have the ability to invest in ourselves and build an equitable clean energy future, and in the process create millions of good-paying jobs and opportunities around the world.”

“Let this be the start of a decade of transformative action that preserves our planet and raises the quality of life for people everywhere. We can do this. We just have to make choice to do it. So let’s get to work,” Biden said.

Do you think Joe Biden is too old to be president? Is this news of him falling asleep at the UN summit proof? Let us know what you think about this news in the comments below.

Is Urban Meyer the worst NFL coach ever? – Film Daily 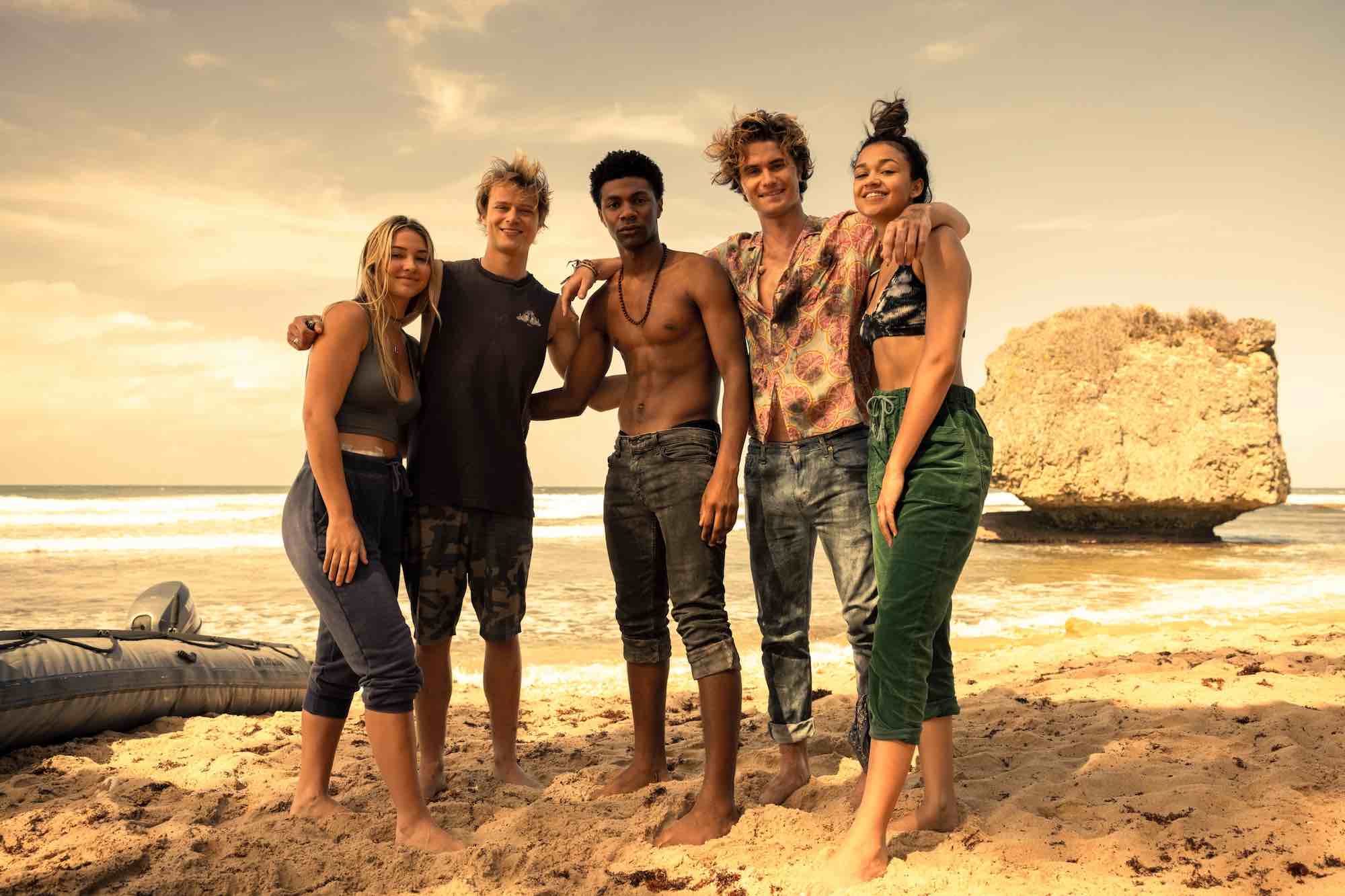 Netflix’s ‘Outer Banks’: How have fans reacted to this dramatic season 2? – Film Daily 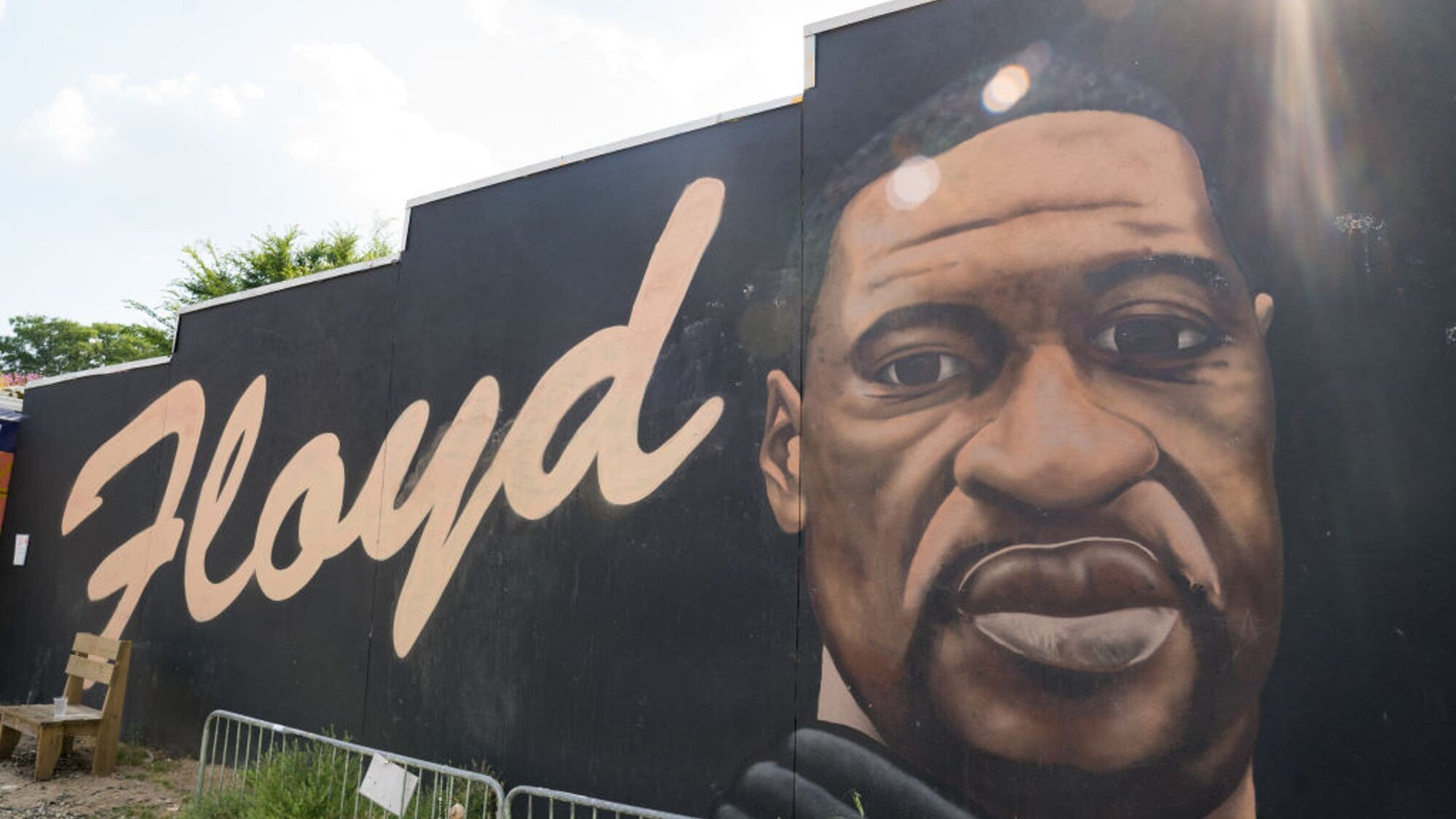 George Floyd: What caused the destruction of this memorial? – Film Daily 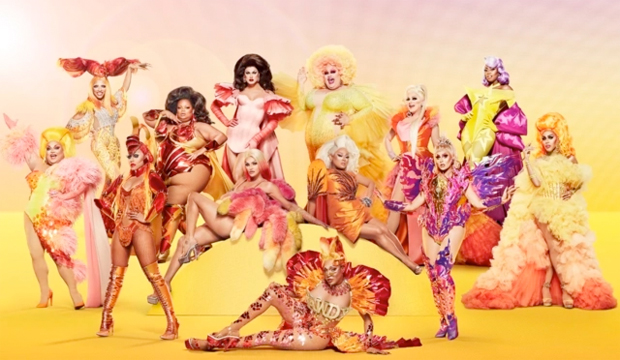 ‘RuPaul’s Drag Race All Stars 6’: Now you can predict who will win and who’ll sashay away 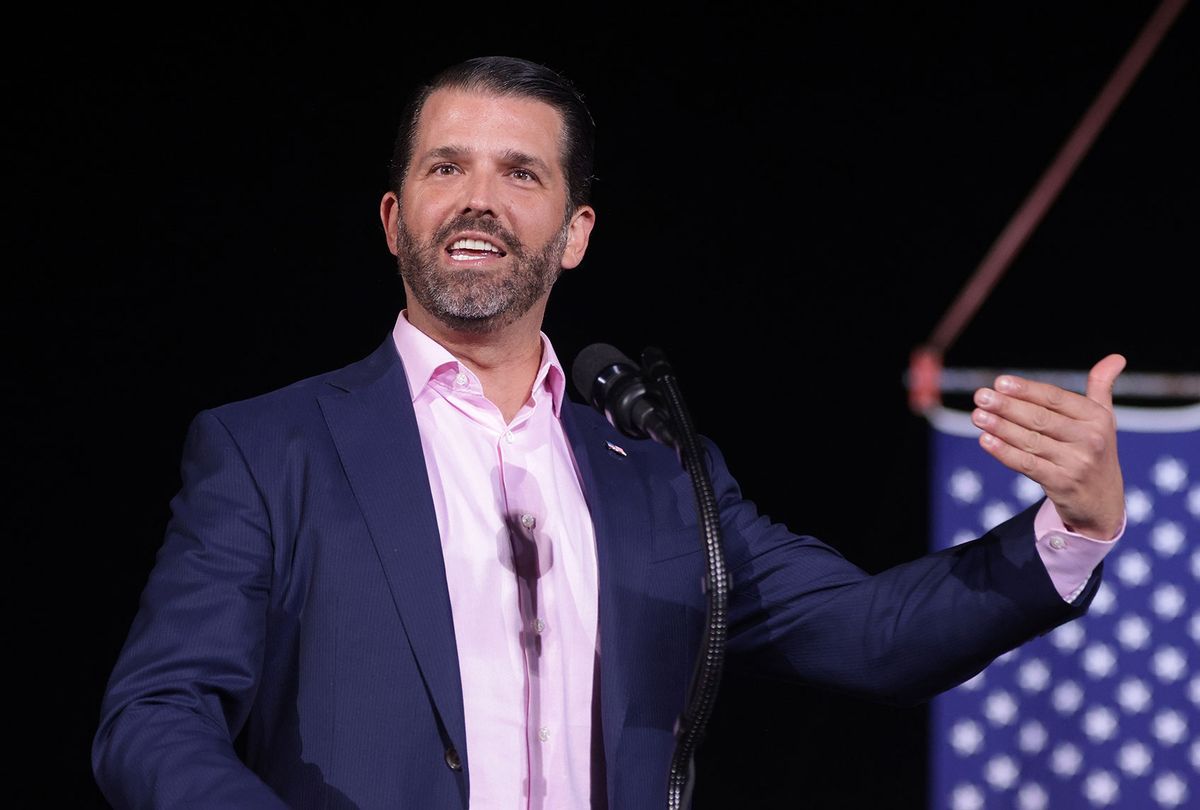