Microsoft is starting to define a development philosophy for its Power Platform, and delivering the tools needed to back it up.

Microsoft’s Power Platform bundles together its low code/no code tools as part of a business applications framework. Applications can be built by anyone, from business users to professional developers, mixing the skills of those who need the apps with those who build and maintain them.

In many businesses, Power Platform has become an important tool, not just for building custom interfaces for line-of-business applications, but also for robotic process automation. And with Power Automate’s desktop tooling bundled as part of Windows 11, flows are going to become part of everyone’s day-to-day computing.

We’ve recently seen the Power Platform finding a new role as a rapid response tool for application development, bringing together cross-organizational teams to build and maintain applications that fill sudden holes in service capabilities — especially during the COVID-19 pandemic. That approach has allowed UK health services to rapidly develop and deploy vaccine booking systems, using the Power Platform as a glue to link disparate systems together, wrapping them in a set of new business processes.

Microsoft is calling those cross-disciplinary, cross-organisational teams ‘Fusion Teams‘. It’s a name that makes sense, building on a mix of skills to deliver results quickly. By bringing different roles together to deliver a specific project, businesses can take advantage of all those skills to fill app gaps and add automation to complex workflows, simplifying tasks.

Traditional enterprise developers understand the various services that power a business, from its networks up to its APIs. Meanwhile, business analysts understand how to use the data in those systems to deliver deep insights about the business, working with data scientists to build and share machine learning systems that build on that data. At the desktop, users working as citizen developers know what information they need to do their work most effectively, and how they need to use it.

If you go back to the traditional definitions of the software development lifecycle, you won’t be surprised to see all its aspects here. What Fusion Teams do is start the process of formalising non-traditional application development techniques — keeping what’s best about them, while making sure the code they produce is secure and well managed. It doesn’t mean that there’s more bureaucracy or that development is any slower; the process remains user-led and it’s still fast. Only now Power Platform apps don’t risk overloading internal systems or leaking information, and they can survive a developer leaving the company.

One aspect of the Fusion Teams approach are new tools for professional developers and IT pros, including integration with both Visual Studio and Visual Studio Code. At the heart of this side of the Teams development model is the new PowerFX language, which builds on Excel’s formula language and blends in a SQL-like query language. PowerFX lets you export both Power Apps designs and formulas as code, ready for use in existing code repositories, so IT teams can manage Power Platform user interfaces alongside their line-of-business applications.

Microsoft has delivered a new Power Platform command line tool, which can be used from the Windows Terminal or from the terminals in its development platforms. The Power Platform CLI can be used to package apps ready for use, as well as to extract code for testing. One advantage of this approach is that a user building their own app in Power Apps can pass it over to a database developer to help with query design. Code can be edited in, say, Visual Studio Code, before being handed back with a ready-to-use query.

Fusion teams aren’t about forcing everyone into using a lowest common denominator set of tools; they’re about building and sharing code in the tools you use the most. Integrating the Power Platform with familiar development tools makes a lot of sense here, and while currently only Power Apps is supported, it’s easy to imagine some form of workflow description language for Power Automate that will allow developers to write and edit flows and configure connectors directly. After all, there are already tools that can publish new APIs to Azure API Management as soon as you build them.

If you’re going to embrace these methods and tools, you’re going to need to think about how to manage your new applications and how they work with line-of-business systems and your data. Managing Power Platform effectively requires implementing a wide set of role-based access controls (RBACs) across your organisation. It’s an approach that entails everything from controlling access to data to implementing API management tooling to ensure services and services aren’t accessed improperly.

An upcoming update to the Power Platform admin centre brings RBAC controls into one central place, allowing admins to focus on managing user permissions and setting appropriate roles without having to switch between management interfaces. Having all those tools in a single pane pf glass reduces the risk of something being lost, blocking users from getting work done, or giving them too much access to sensitive information.

The new tools work with the Power Platform’s own Dataverse data platform, as well as integrating with Azure Active Directory to provide controls for Azure, Microsoft 365, and any other AAD-managed platforms. At the heart of this approach is user identities, with AD providing strong identity management. If you’re using Power Platform and Microsoft 365, then you’re likely to already be using AAD, so this shouldn’t be a significant change to admin duties.

What it does make implicit is the need for a specific group of Power Platform admins within your operations team. What started out as a way for users to build little apps to scratch their itches, automating their own workflows, has become a tool that’s used across organisations with apps that have become business critical. It’s not surprising that it’s now requiring its own admins; a tool that’s proven its worth running vaccination programs during the COVID pandemic is a lot more than a kit of parts used for temporary applets.

Ear infections from earbuds are on the rise

How sex trafficking trauma affects the way its survivors parent 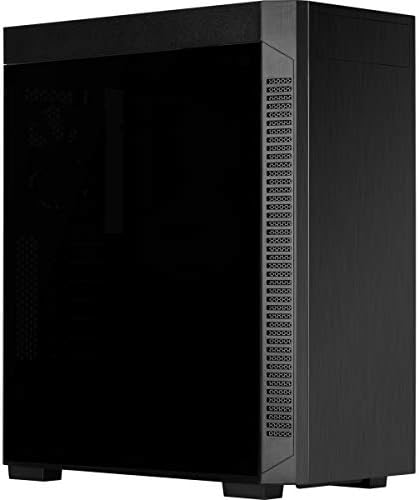