Hours after coming to an agreement with the Major League Baseball Players’ Association on a new collective bargaining agreement, and shortly before the owners ratified the deal with a 30-0 vote, Major League Baseball commissioner Rob Manfred spoke with ESPN’ MLB reporter Jesse Rogers about the process — and where baseball goes from here.

Rogers: What made the difference in the end?
Manfred: “I have to give Tony Clark and his people credit on this. Right after we did the [canceled] game announcement [Wednesday] night, they sent a proposal on the draft pick compensation/international draft issue that turned out to be the thing that unlocked the process and allowed us to move forward.”

From when the games will begin to which big names are headed to new places, we’ve got you covered.

When MLB games will start and more »
Predictions for remaining free agents »
Olney: Expect a hurricane of activity »
Biggest moves of the offseason so far »

It sounds like you understood that the draft was a complicated issue?
“Yes. No. 1: we recognize that it’s a very complicated issue, particularly in the Dominican Republic. And No. 2, this was going to be a slow rollout. We never thought we were ever doing this before 2023 or 2024 at the earliest. A lot of work needs to be done. The opportunity to work with the players and make sure we understand the concerns — not only current players but also guys that came before — and make sure we get it right. It’s a big change. We need to get it right.”

Pulling back on the negotiations, why did it have to go down like this? The lockout lasted 99 days, all the way to March 10.
“I know the last few months have been rough on our fans, and I’m sensitive to that. I get it. Unfortunately, the process, as it’s designed in the National Labor Relations Act, works around deadlines and economic leverage. And sometimes to get the parties to make the compromises that are necessary to make an agreement, it takes time.”

Did you ever have serious concerns that you would miss a chunk of the season? Enough that it couldn’t be made up?
“I did. There were spots where I was concerned we were going to miss a lot of time. Whenever you think you get going and it looks like you can make an agreement and then it doesn’t happen, that’s concerning. We had two of those [times]. One in Jupiter and one earlier this week. When you start to get momentum and you can’t close, that’s worrisome.”

I know a lot is made of the relationship with the union. Could that relationship improve, so the next negotiation goes smoother? Or is that friction just the nature of what you’re bargaining about?
“I don’t believe the relationship is dictated by what we’re bargaining about. I spoke to Tony after the vote. My overall message to him was that we have a lot to do. We have a huge opportunity for the game in front of us. I want to seize that opportunity, and Tony seemed interested in that. I’m going to do everything I can to work with Tony and his people to take advantage of what is in front of us.”

And that opportunity is related to the on-field product, correct?
“It’s the game as a whole. We have an amazingly talented group, and we need to get that amazingly talented group of players out in front of our fans. We need to take advantage of our new relationships with Apple and Peacock along with Fox, ESPN and Turner, to make sure we highlight those players in the best way possible. We do need to make changes on the field. I’ve been very outspoken about that. I think the best thing about this agreement is the opportunity for us to do that. The game is poised to take a step forward on a variety of fronts.”

As a fan, there probably isn’t a lot in the CBA negotiations that matters to them specifically. But the issue of tanking does. Was the lottery draft enough to address it? Tanking seems to still have life.
“[Tanking] has been an exercise in negative rebranding. Baseball has always operated cyclically. It’s part of the nature of the game. You get a group that comes together, they age out, and clubs start over. That’s always been the way. I think the lottery draft was one of those compromises in collective bargaining that you make even if you don’t wholly agree with the predicate. We were willing to do it to address player concerns on the topic — and I do think it makes it harder to plan on getting that No.1 draft pick, that’s for sure.”

What was the moment like when Tony called you to say that you had a deal?
“I have a great job, but one of the negative parts of it is when you have a situation like this, where you’re depriving the fans of the game, I felt a great weight from that. When we learned that they ratified, that weight came off my shoulders.”

What targets are left for US sanctions in Russia? 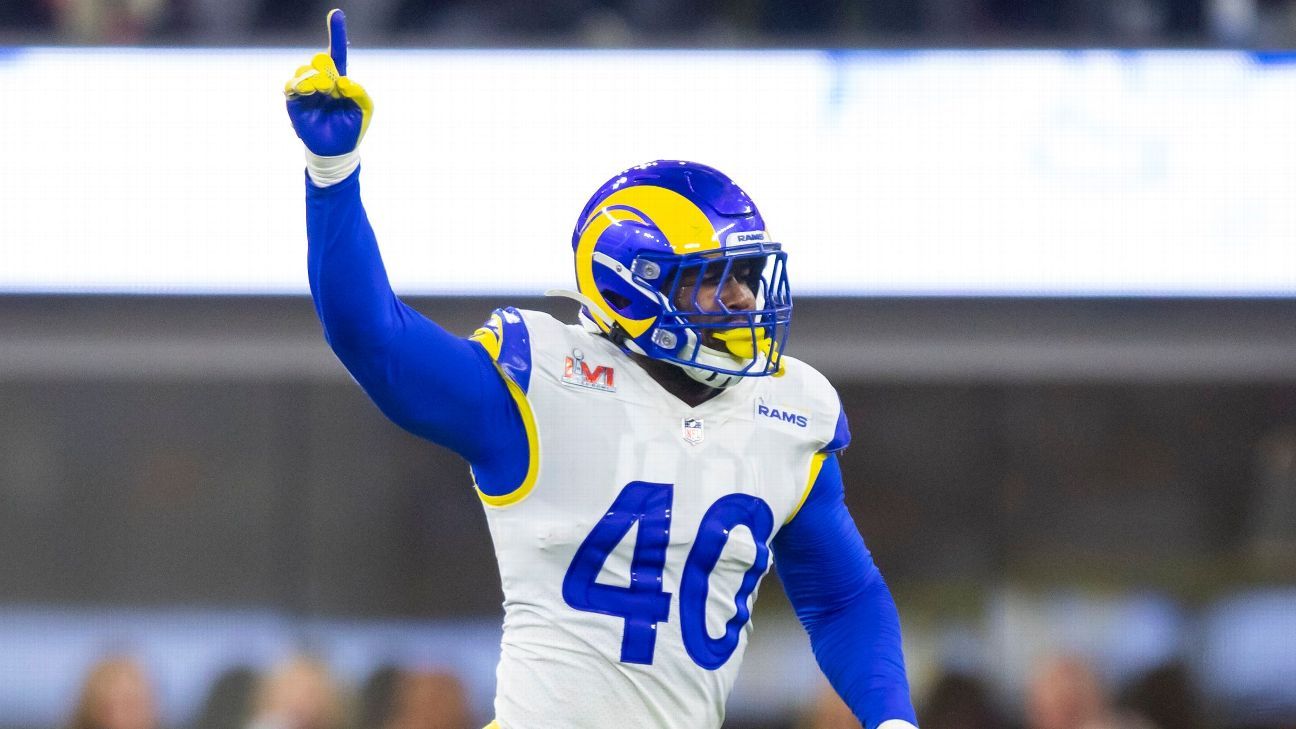 Super Bowl or bust? Bills go all-in with Von Miller to stay ahead of stacked AFC