In Akron, Ohio, house prices have risen by 10.1 per cent over the past year. In Albany, New York, the increase has been 11.7 per cent. Albuquerque, New Mexico, has seen a similar surge of 11.6 per cent.

And that is just the American cities beginning with an A.

“You could throw a dart at a map and it wouldn’t matter where it landed because the housing market there is probably hot,” says Ali Wolf, chief economist at Zonda, a housing market research company in California.

When the coronavirus pandemic first hit last year, the initial assumption of many politicians was that the economic pain would be shared. This epic event was to be a great leveller. But as governments across the developed world stepped in to protect incomes in ways that have most helped people with steady jobs, the hardship has fallen disproportionately on flexible, low income workers and young people. Suddenly unable to eat out or travel, richer households have used the last year to build up their savings.

Aggregate global wealth accumulated by households rose by about $28.7tn in 2020, according to a report published this week by Credit Suisse, which highlighted the extraordinary disconnect between this growth and the fortunes of the wider economy.

Wealthier households have channelled windfall savings into equities and cryptocurrencies, Louis Vuitton handbags and Dutch masters. But most of all, they have poured money into buying bigger and better houses.

“People didn’t expect this to play out how it did. No one clocked until a few months in that there are clear winners and losers,” says James Pomeroy, an economist at HSBC. Now, the sharp rise in house prices represents “a huge challenge — a problem in terms of financial stability but a huge socio-economic problem too”.

The phenomenon is global. Some of the sharpest rises have been in the US, where data released this week showed the median price for all housing types was up 23.6 per cent year on year in May. Most US homes now sell above asking price, with an offer accepted in a fraction of the time from listing than it took before the pandemic, according to Daryl Fairweather, chief economist at Redfin, an online property brokerage.

But even in Japan and Italy, where ageing populations limit demand, price growth has accelerated. With ultra loose monetary policy holding down borrowing costs, house price inflation now stands in double digits in many developed economies, from Sweden to South Korea, Canada to the Netherlands and New Zealand — with the biggest increases seen not in capitals, but in suburbs, smaller cities and rural areas.

Norway’s central bank said last week that Oslo had seen a net outflow of residents for the first time in 20 years in 2020, as remote workers switched from city centre flats to more spacious houses on the capital’s outskirts.

In the UK, press coverage of G7 leaders meeting in the Cornish resort of Carbis Bay inspired a fresh burst of house hunting in the scenic south-west region, where the market is “bonkers”, says buying agent Henry Pryor. “One client left London to do a deal in Cornwall and 40 mins into the drive they were told to turn around because it had already been sold,” he adds.

The strength of demand for housing was welcome at first — and encouraged by governments in the UK, the Netherlands and some Australian states, which offered tax breaks in a bid to keep the economy moving. Luiz de Mello, who leads research on housing at the OECD, argues that an active housing market is needed, at a time when economic restructuring is under way, because “obstacles to residential mobility become an obstacle to the recovery of our economies”.

But the runaway market holds two concerns for policymakers. First, prices could spiral into bubble territory, making economies vulnerable to a sudden market correction that would hit household wealth.

“I’m not happy about house price increases because real estate is the surest indicator, the most compelling leading indicator for . . . a crash,” says Adam Posen, president of the Peterson Institute for International Economics.

Second, home ownership could become even more unaffordable for young people and key workers who were already priced out of many areas before the pandemic — entrenching inequalities between generations, and those more or less able to draw on parental help.

“The activity we are seeing is mostly people who already have a stake in the housing market. They are the ‘haves,’” says Neal Hudson, a UK-based housing analyst.

“Every year house prices rise that gap widens out between the haves and have nots, the old and young,” says Pomeroy, adding that “the maths of affording property” had become much worse over the past year, because young people had suffered job losses and disruption to education that could hit earnings over their lifetime.

Both issues are of growing concern to policymakers. Price rises are underpinned by a genuine increase in demand for housing, from homeworkers hungry for space. But there are also signs of financial speculation starting to fuel prices in markets where affordability is already a problem.

“What we’re seeing is more often than not these days, the winning bidder in many of these house auctions sometimes is not a family. It’s a post office box in Delaware, which is an investor who’s never seen the house, wants the house furnished and is going to buy it for investment purposes and rent it,” Robert Kaplan, president of the Dallas branch of the Federal Reserve, said at an event this week.

Blackstone, the private equity firm which has become the world’s largest real estate manager, said this week it would pay $6bn to acquire Home Partners of America, a buyer and operator of single-family rental properties.

Kaplan said he believed it was time for the US central bank to reconsider its support for the housing market through its $40bn monthly purchases of agency mortgage-backed securities, which make up a large portion of its $120bn bond-buying programme.

Norway’s central bank hinted last week that it could soon tighten monetary policy partly in order to bear down on the unwelcome pace of house price growth, and New Zealand broke with orthodoxy this year by adding a clause to its central bank’s mandate, instructing it to take house prices into account when setting monetary policy.

Christine Lagarde, president of the European Central Bank, was also quizzed about the issue — which has become a lightning rod for criticism of the ECB’s ultra loose monetary policy — during a hearing in the European Parliament this week.

In response, Lagarde said there were “no strong signs of a credit-fuelled housing bubble in the euro area as a whole”, but she added that there were “residential real estate vulnerabilities” in some countries and some cities in particular.

“The disconnect between housing prices and broader economic developments during the pandemic entails the risk of price corrections,” she said, calling for macroprudential policies — such as national limits on mortgage lending — to be “designed carefully to address country-specific risks”. Asked this month about the risk of monetary policy fuelling a housing bubble, Lagarde said the benefits of the ECB’s decisions “largely outweigh the indirect effects”.

While central banks’ concern is for financial stability, higher house prices have fuelled political debate over the pandemic’s probable impact on economic inequalities.

In Berlin, renters took to the streets last month calling for the expropriation of property owned by commercial investors, shortly after Germany’s constitutional court ruled that the city’s rent cap was unlawful.

In the UK, debt charities have called for the government to step in to help resolve £360m of rent arrears built up over the pandemic, after a temporary stay on evictions was lifted this month.

In the US, while the burst in prices has been a boon to many homeowners, it has proved devastating for lower-income prospective buyers and renters.

“Households that weathered the crisis without financial distress are snapping up the limited supply of homes for sale, pushing up prices and further excluding less affluent buyers from home ownership,” a report from Harvard University’s Joint Center for Housing Studies concluded in June. “At the same time, millions of households that lost income during the shutdowns are behind on their housing payments and on the brink of eviction or foreclosure.”

The situation for renters is also dire, despite some near-term relief from the Biden administration this week with its decision to extend a national moratorium on evictions until the end of July. Nearly 4.2m people across the country had expressed concern they will face eviction or foreclosure in the next two months, according to recent data from the US census bureau. The Urban Institute, a think-tank, warns the burden will fall disproportionately on black, indigenous and Latin Americans and other people of colour.

However, Posen notes that the past year’s increase in housing wealth will have helped middle-class Americans catch up with those at the top of the distribution — while pulling away from the poorest. Higher house prices are one reason why the majority of Americans are better off today than they were before coronavirus. “Is that a win for equality or a win for inequality? It depends where you draw the line,” he says.

Central banks should “lean against the wind” with measures such as limits on risky mortgage lending, he says, if they want to prevent a dangerous bubble in house prices. But he adds that the remedies to inequality lie with fiscal policy; those who had made excess profits through the pandemic should now face a “solidarity tax” to help pay for it.

“If you care about inequality you have to directly redistribute — there isn’t going to be any deus ex machina that’s going to take care of it for you.”

Golfers to face strict virus protocols at The Open 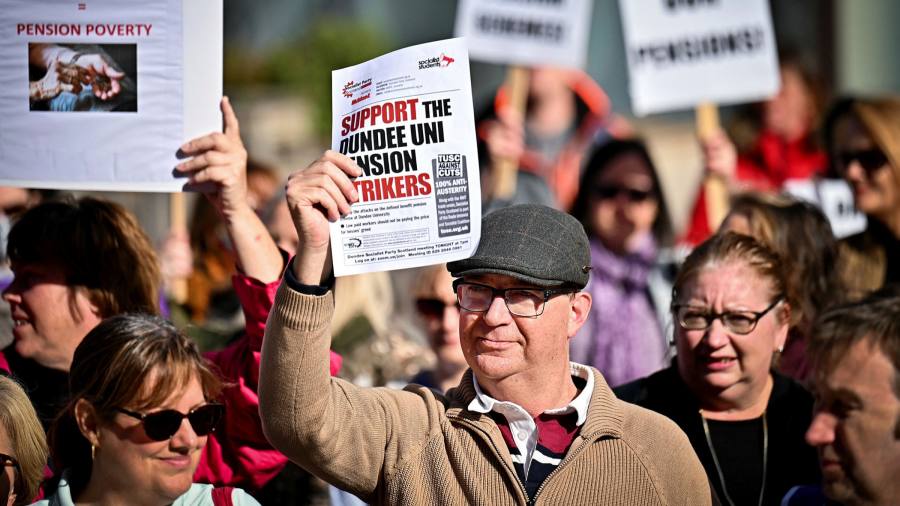 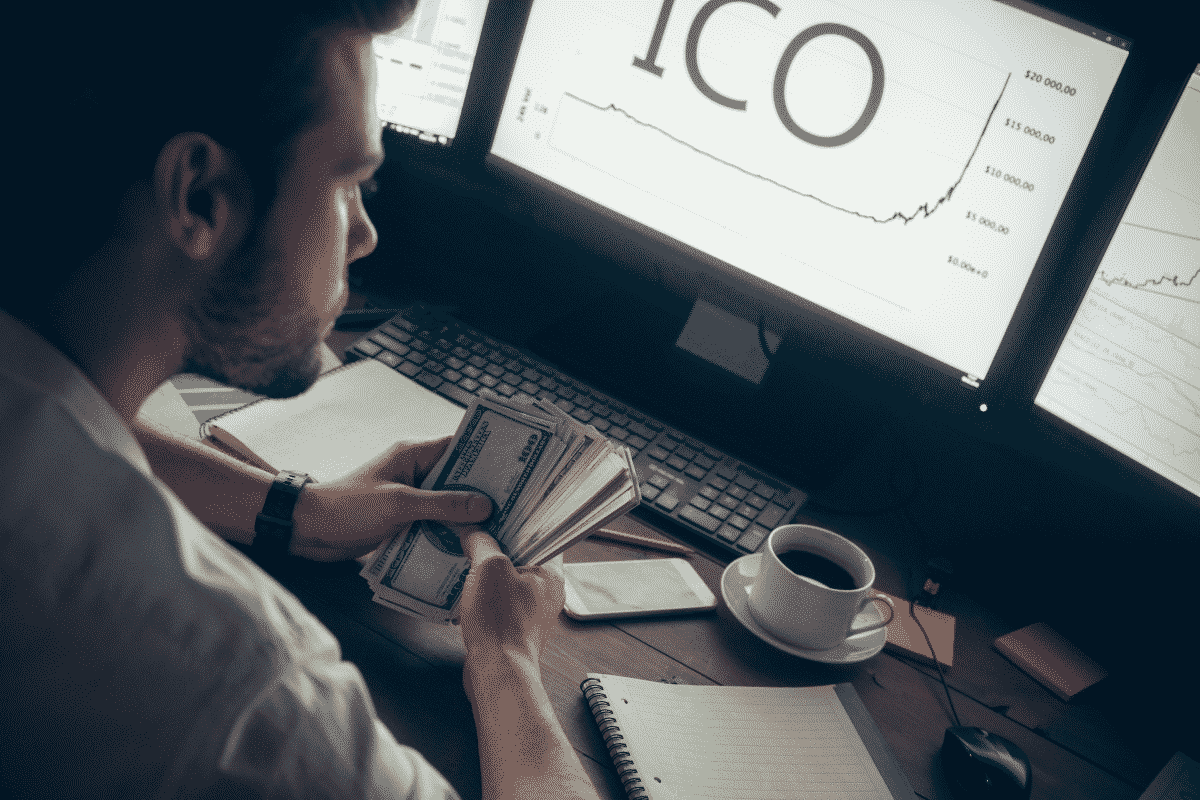 Binance added ANC and ACA tokens. What about the API3 token?