This is the third in our four-part series on the future of character AI. Parts 1 and 4 are co-written with Werner Schirmer.

The previous post in this series discussed the notion of believability. An NPC is believable if it behaves and interacts with players in ways that align with their innate and acquired psychological expectations about agent behavior. Believable NPCs feel as if they’re alive – even if the player knows that that’s not true.

(Image: a clip from our upcoming mobile cat game. All character movement is procedurally synthesized. Ball and virtual hand are moved by touch input.)

Over the past year I’ve had the chance to talk to dozens of players and industry professionals about the topics covered in this series, and I’ve observed the same pattern over and over again:

I still find this last argument quite puzzling. To me it’s like saying we “don’t need” 3D games because players loved Super Mario Bros. But Virtual Beings is a research spin-off, and so I decided to investigate the issue. This post provides the results, showing clear evidence that …

When a lot of people are annoyed by something, they tend to be vocal about it on the internet. Bad NPCs should be no exception, and I therefore decided to search through the obvious places: Reddit, YouTube and so on.

Reddit is undoubtedly the main site where gamers share opinions on the things they care about. In order to get a sense of their views on today’s NPCs, I searched systematically for positive and negative threads on game AI. To find positive ones, I used Google with keywords ‘good OR great game ai site:reddit.com‘ (without quotes), for negative ones ‘bad game ai site:reddit.com‘. I limited myself to the first 15 pages of results, and excluded all irrelevant hits as well as hits for genres such as strategy, racing, sports or boardgames (where game AI is mostly about strategic gameplay and NPCs are either absent or highly scripted).

The results are striking. Not only are there fewer positive results, they also produce far less engagement than the negative ones. This is despite the fact that positive information generally spreads faster than negative on social media.

In sum, players on Reddit feel that 15-year old games got their NPCs right (for the time being), and that there’s been no real progress since.

I found a similar picture on YouTube, the largest aggregator of non-live gameplay videos and commentary. It hosts a myriad of videos about bad NPC AI, falling into two broad categories.

AI rants. These provide direct criticism and analysis, often venting frustration or giving concrete feedback to developers. Such videos are not simply a niche phenomenon, as it’s easy to verify that their total views are in the 100s of millions.

AI fail compilations. These generally adopt a humorous tone, and usually they’re meant to entertain. They are far more popular than rants, with some of them getting viewership in the tens of millions. Total views are in the billions.

In recent years, Twitter has become the primary site of constructive dialogue between players and developers. It is therefore the go-to place where players demand better, friendlier, more interactive and more ‘wholesome’ NPCs. Probably the best examples are ‘Can You Pet The Dog?’ and the developer-oriented ‘Wholesome Games’, which are both heavily invested in games with such NPCs.

The gaming press wants them as well

Finally, it’s worth mentioning that the gaming press continues to publish enthusiastic articles which promise us that better AI (and notably NPC AI) will “revolutionize” gaming at some point. This is in part driven by the last decade’s advances in machine learning, which are transforming entire industries but (for reasons we’ll cover in a future post) haven’t had a noticeable impact on the quality of NPCs in today’s games.

Games and media researchers have investigated the relationships between players and NPCs for years. An early warning call came from a highly influential 2006 paper by Hartmann & Klimmt). They asked female players what they did not enjoy in video games.

A representative study of players in Finland and Denmark was published in a 2017 paper by Vahlo and colleagues. They found that 8.0% of the playing population are primarily motivated by empathic interactions with NPCs. Transposed to a global level, with a total population of 2.7 billion gamers in 2020, this already corresponds to 216 million underserved players.

The real number is far higher, as the study found that many more players would want to play games with such NPCs if they were available and well-executed. In the words of the authors, their data almost certainly underestimate the actual share of players who enjoy positive interactions with NPCs because “relatively few players have experienced this type of gameplay first-hand”. It’s therefore safe to suggest that there’s a gigantic, underserved demand for believable NPCs that allow meaningful interactions in games.

Many people today have heard of the uncanny valley effect (illustrated on the right by Sonic the Hedgehog -from the 2020 movie- before/after the redesign that was motivated by a backlash from disappointed fans). As graphical representations of people or animals become more (but not quite) realistic, they also become more unpleasant to look at. The same is true for animations that represent human or animal behavior, which is a topic I talked about in part two of this series. The uncanny valleys of graphics and of animation are two distinct phenomena, but they’re caused in part by the same underlying cognitive mechanisms.

The most important of these common causes is called the intentional stance, and social neuroscientists have researched it extensively. Its upshot is twofold: perception of agents (as opposed to objects) is automatic and binary. This means, for instance, that a long object on the ground can be instantly perceived as a snake or a stick, but not a snakestick. When NPCs behave in ways that aren’t believable – like in virtually all games today where players can interact with NPCs flexibly and for more than a few seconds – players are reminded that the NPCs aren’t living creatures, but mechanical objects that were created by game developers. This is disastrous for players’ experience of immersion, because it interrupts their suspension of disbelief.

To sum up, multiple sources of evidence all point at the same result: players want better NPCs, but they aren’t getting them! To be sure, AI in gaming is on the rise, and new uses for AI are reported every month – from auto-generation of art assets to dynamic de-noising of images at runtime, and so on. At the same time, NPC AI is in decline – as evidenced by the fact that the main game AI conference has shut down, key players have moved on to roles outside of game AI proper, and even a recent book on game AI has abandoned the topic of NPC behavior. I’ll investigate this decline in a future post, especially its roots and the opportunities it provides for innovators. 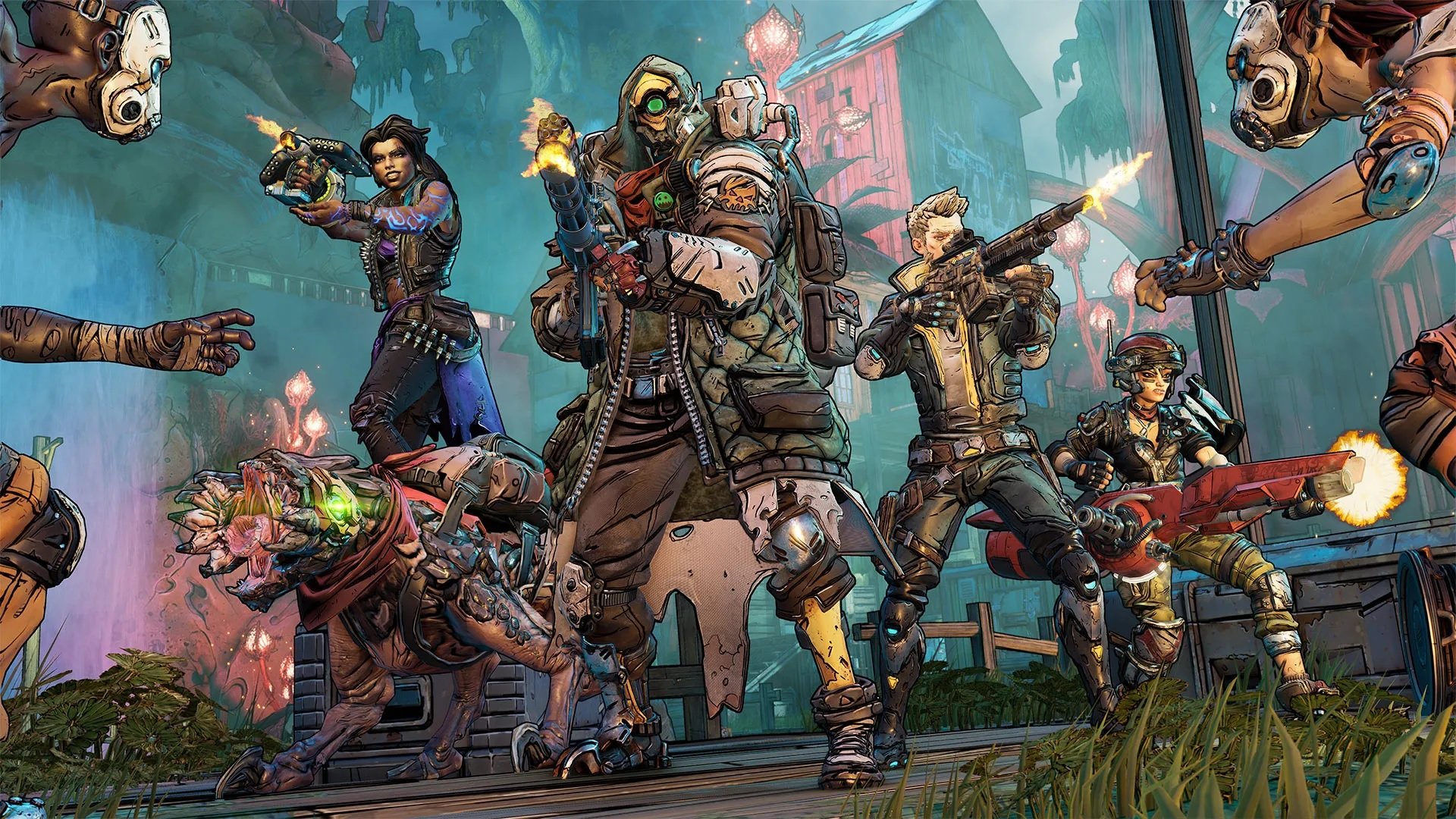 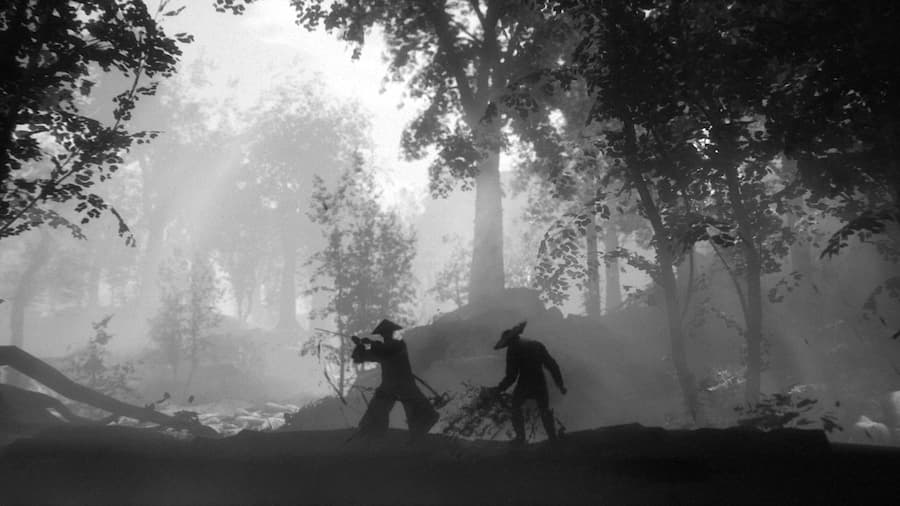 Among Us Collector’s Editions Coming to Retail This Year