The Vegas Golden Knights are turning to Robin Lehner as their Game 4 starter, multiple sources confirmed to ESPN.

Lehner was the first goalie off the ice at Sunday’s morning skate, which is typically an indicator of who will start in that night’s game.

According to sources, the goalies were notified of the decision on Saturday. Coach Peter DeBoer had declined to reveal a starter in a news conference on Sunday.

“I think I speak for all the guys on the team. We have confidence in both of them,” defenseman Zach Whitecloud said.

Robin Lehner has played just four times in the last 50 days. He was the Golden Knights’ starter for all of last postseason, but has been benched during the postseason as Vegas rides the hot hand of Fleury.

Lehner’s only playoff start this year was a disaster. The Golden Knights, coming off an emotional Game 7 win in the first round, left Lehner out to dry in a 7-1 loss to Colorado in Game 1 of the second round. Lehner allowed seven goals on 37 shots. Marc-Andre Fleury returned to the net for Game 2 and every game since.

Fleury has been a leading Conn Smythe candidate throughout the playoffs. In 15 starts he is 9-6 with a .921 save percentage and 1.97 GAA.

However he is coming off two straight losses. In Game 3, Vegas was leading 2-1 with less than two minutes remaining in the game when Fleury made a costly mistake. He misplayed a puck behind the net — leaving the net wide open for Josh Anderson to stuff in a game-tying goal.

Montreal won 3-2 in overtime and now has a 2-1 semifinal series lead over heavily favored Vegas.

In a Saturday news conference, Fleury laughed off the mistake and was ready to move on.

“It’s part of the game, having to talk to you guys and being reminded of my screwups, right?” Fleury said with an audible giggle in referring to the media on Saturday. “Obviously, I wish things were different. But it is what it is, and got to put it behind and get ready for our next game.” 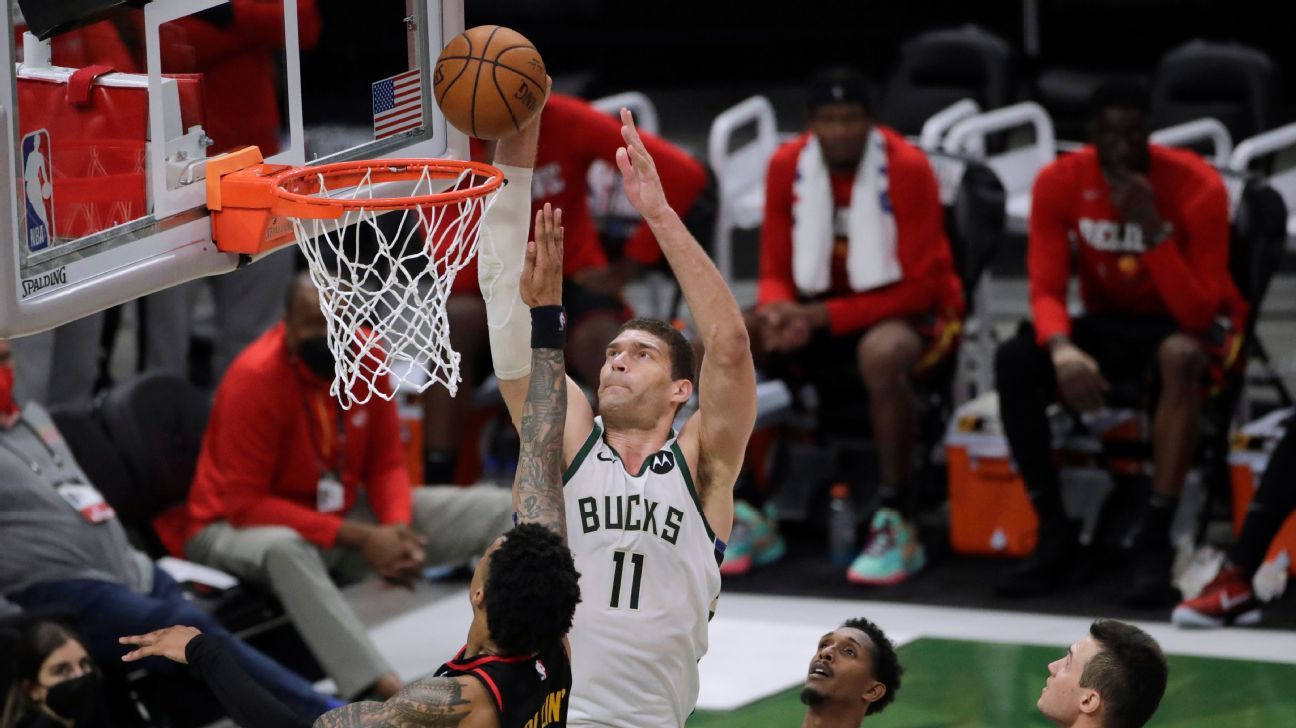 The Bucks are one win away from the NBA Finals, all thanks to Giannis’ supporting cast