There’s just one week of the regular season remaining before Championship Week, but there’s still plenty left at stake in college football.

And there will also be plenty on the line besides bragging rights in the Iron Bowl, Egg Bowl, Apple Cup and Bedlam.

With another big coaching change and a plethora of rivalry games coming this week, it’s a great time for another batch of overreactions.

Michigan has a chance against Ohio State

“The Game” has become so lopsided in the Buckeyes’ favor for the past two decades, I’m not even sure it’s the best rivalry in college football anymore. Another Ohio State victory over Michigan seems inevitable, especially with the way the Buckeyes are rolling on offense right now.

There’s no question the Wolverines are a better football team this season. Under new defensive coordinator Mike Macdonald, Michigan ranks seventh in the FBS in scoring defense (16.3 points) and 10th in total defense (306.7 yards). They’re physical and disciplined on offense and rank second in the Big Ten in rushing (218.4 yards) and scoring (36.9 points).

After struggling on the road in the past, Michigan won at Wisconsin, Nebraska, Penn State and Maryland. The only blemish was a 37-33 defeat at Michigan State on Oct. 30.

None of that matters if Michigan can’t beat Ohio State, right?

Well, not exactly. There aren’t many teams in the FBS that are probably capable of beating the surging Buckeyes right now. Ohio State has owned “That Team Up North,” winning eight straight, the longest in the history of the series, and 15 of the past 16 games. Jim Harbaugh is 0-5 against the Buckeyes, with his teams losing by an average of 19 points. In the past two games alone, in 2018 and 2019 (last season’s game was canceled because of COVID-19), the Buckeyes scored 118 points and piled up 1,144 yards of offense. It hasn’t been pretty.

Saturday’s game at the Big House will be the first time both teams will be ranked in the top five since 2016, when Ohio State won 30-27 in double overtime. The winner claims the East Division title and will play in the Dec. 4 Big Ten championship game. A win in Indianapolis probably secures a spot in the College Football Playoff — for either team.

“Both teams have a lot on the line,” Harbaugh told reporters Monday. “It’s a true playoff in that sense. In the College Football Playoff world, this is the start of the playoffs. The team that wins will advance, and the team that doesn’t won’t.”

As much as Michigan has improved, it’s safe to assume that the Buckeyes will once again be the team advancing.

Cincinnati is going to get jobbed again

Oregon lost for the second time this season on Saturday, 38-7 on the road at Utah, which knocked the Ducks and the Pac-12 out of the playoff again. The Ducks were No. 3 in the selection committee’s rankings last week, so one can guess that Ohio State will move up to at least No. 3 (and maybe ahead of Alabama to No. 2) and the Bearcats will slide up a spot to No. 4.

The Bearcats, who are attempting to become the first team from a Group of 5 conference to crash the playoff, turned in one of their better performances of the season Saturday, taking down SMU 48-14 at home.

But it wouldn’t be a big surprise if the committee bumped Michigan ahead of Cincinnati for at least a week, after the Wolverines manhandled Maryland 59-18 on the road. Michigan doesn’t currently have a victory that can trump Cincinnati’s road win over Notre Dame, but its strength of schedule is decidedly better than the Bearcats’.

That doesn’t mean the Bearcats won’t move into the top four if they defeat East Carolina on the road Friday (3:30 p.m. ET, ABC & ESPN App) and Houston in the AAC championship. In fact, ESPN’s Allstate Playoff Predictor gives Cincinnati a 65% chance to make the playoff, behind only Georgia (98%) and Alabama (66%).

Your school is going to hire a bad coach

The regular season isn’t even over yet, and already there are head-coaching vacancies at arguably three of the top 15 programs in the country: Florida, LSU and USC. Given their locations, traditions, budgets and recruiting bases, there’s no reason those teams shouldn’t be competing for conference and national titles on a regular basis.

Those programs are going to attract a pool of more-than-capable candidates, but Texas A&M‘s Jimbo Fisher, Penn State’s James Franklin and Michigan State’s Mel Tucker probably won’t be among them. The Aggies have already locked up Fisher to a four-year extension that will pay him roughly $90 million over the next 10 years. The Spartans are reportedly working on a 10-year, $95 million deal for Tucker, and Franklin is purportedly set to agree to a new contract with the Nittany Lions, which could be approved and announced as early as Tuesday.

Fourteen FBS programs have made coaching changes since the start of the 2021 season, and just four have been filled. There could be more openings in the coming days with additional firings and retirements. It is expected to be one of the more volatile coaching carousels in recent history.

“I think the landscape across college football is what it is,” Georgia coach Kirby Smart said Monday. “The stakes have gotten higher. The pay has gotten higher, and with that, comes expectations. It’s a different landscape now than it was even four or five years ago in terms of portal, recruiting, number of initials. Everything changes so fast. It makes it tougher. It’s a much tougher job. I think you’ve seen a lot of people in our level go to the next level, because it has a little less strain on your family and things.”

So who’s left? Plenty of potential candidates, including Cincinnati’s Luke Fickell, Baylor‘s Dave Aranda, Louisiana‘s Billy Napier, Iowa State‘s Matt Campbell and Ole Miss‘ Lane Kiffin, for starters. A school might have to wait for Fickell if the Bearcats are in the playoff, but why wouldn’t it hold out for the hottest coaching commodity in the FBS?

So while USC fans might have hoped for Fickell, they might have to settle for Aranda, who has worked wonders in his second season with the Bears.

And while Florida fans might have their sights set on former Oklahoma coach Bob Stoops, they might end up with Napier, who worked under Clemson‘s Dabo Swinney and Alabama’s Nick Saban.

LSU might have been willing to throw $100 million or more at Fisher — how much would it really take? — but Alabama offensive coordinator Bill O’Brien might be a more plausible candidate.

No. 2 Alabama’s Bryce Young throws for a school-record 561 yards (second most in SEC history) and five touchdowns to defeat relentless No. 21 Arkansas, 42-35.

The SEC championship game matchup we’ve been anticipating for months is finally set: No. 1 Georgia will play No. 2 Alabama at Mercedes-Benz Stadium in Atlanta on Dec. 4.

It will be the third meeting between the schools in the SEC title game; the Crimson Tide won the first two games by a combined 11 points. In 2012, the Bulldogs’ upset efforts ended with the clock running out at Alabama’s 5-yard line in a 32-28 loss. Six years later, quarterback Jalen Hurts came off the bench to lead the Tide back from a two-touchdown deficit in the second half. Georgia’s botched fake punt with 3:04 left helped set up Hurts’ winning 15-yard run in a 35-28 victory.

That win came a year after the teams met in the CFP National Championship after the 2017 season, also played in Atlanta, and the Tide won that one, too. Freshman Tua Tagovailoa started the second half and threw three touchdowns, including a 41-yarder to DeVonta Smith in overtime for a 26-23 win.

This season, Georgia has looked like the most dominant team in the country, finishing 8-0 in the SEC for the first time in school history. The Bulldogs can finish unbeaten in the regular season for the first time since 1982 by winning at rival Georgia Tech on Saturday (noon ET, ABC and ESPN App).

Meanwhile, Alabama has looked surprisingly vulnerable at times. The Tide barely beat Florida by two on the road (the Bulldogs blasted the Gators by 27), lost at Texas A&M by three on Oct. 9 and then needed late stands to defeat both struggling LSU and Arkansas at home (the Bulldogs shut out the Hogs 37-0). At various times, Alabama’s offensive line has struggled and its defense has been shockingly susceptible to big plays.

Still, if the Crimson Tide win at Auburn in Saturday’s Iron Bowl, they’ll have more at stake when they play the Bulldogs a week later. Unless Alabama knocks off Georgia again, it won’t be assured of getting to the CFP. A two-loss team has never made the playoff, and it’s hard to imagine the Tide being the first, especially without winning a conference title, regardless of how high they might be in the selection committee’s rankings on Tuesday night.

Make no mistake: Alabama will more than likely be at its best in Atlanta, and it will be another back-and-forth contest between Saban and Smart, his former defensive coordinator. Tide receivers Jameson Williams and John Metchie will test Georgia’s secondary, and Bryce Young‘s scrambling ability will help keep the offense on the field.

As good as Georgia has looked this season, finally beating Alabama has been the elephant-sized hurdle staring the Bulldogs in the face since early September. Knocking the Tide out of the playoff might be Georgia’s clearest path to ending a 41-year drought without a national title.

“I don’t have any doubt that we can play with Alabama, we’ve done it three times,” Smart told ESPN in the preseason. “We’re just as good as them, and we’ve gone toe-to-toe with them.”

The wait is almost over to find out if the Bulldogs can finally get it done.

After 656 long days, the ‘Outlander’ droughtlander will end on March 6 with Season 6 on Starz 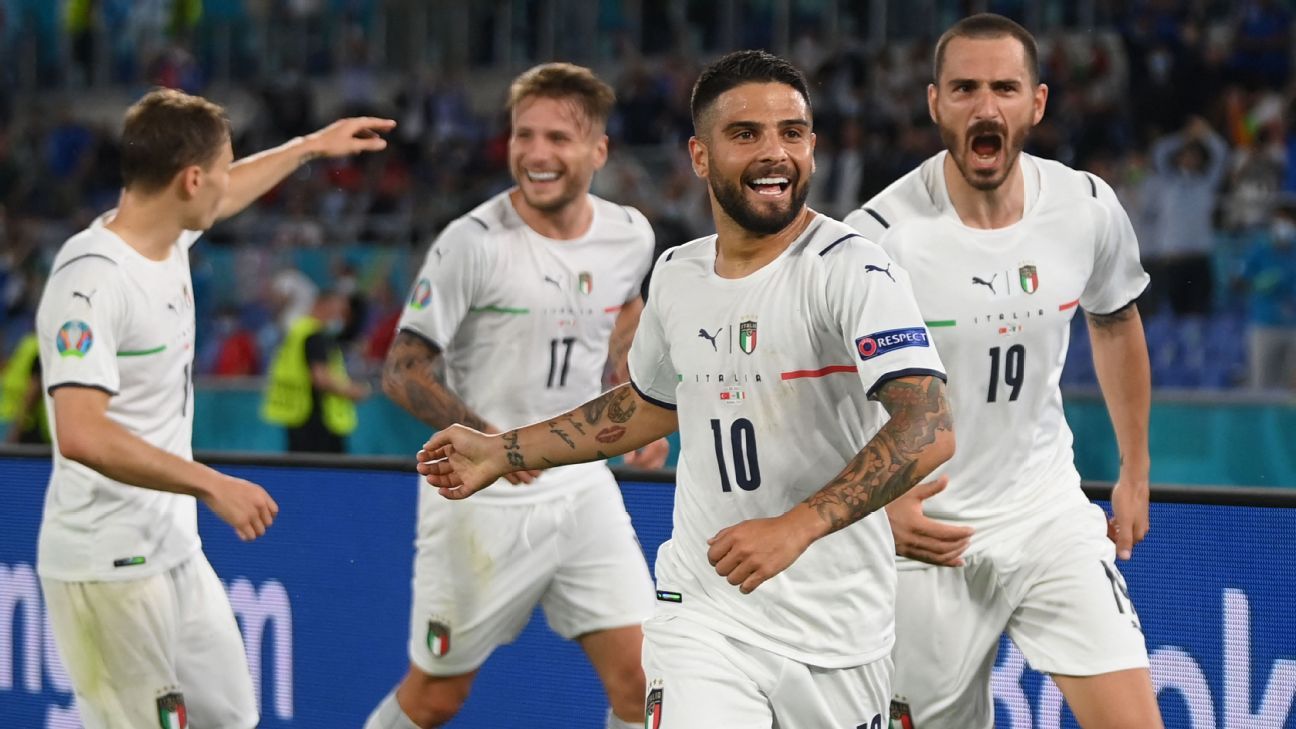 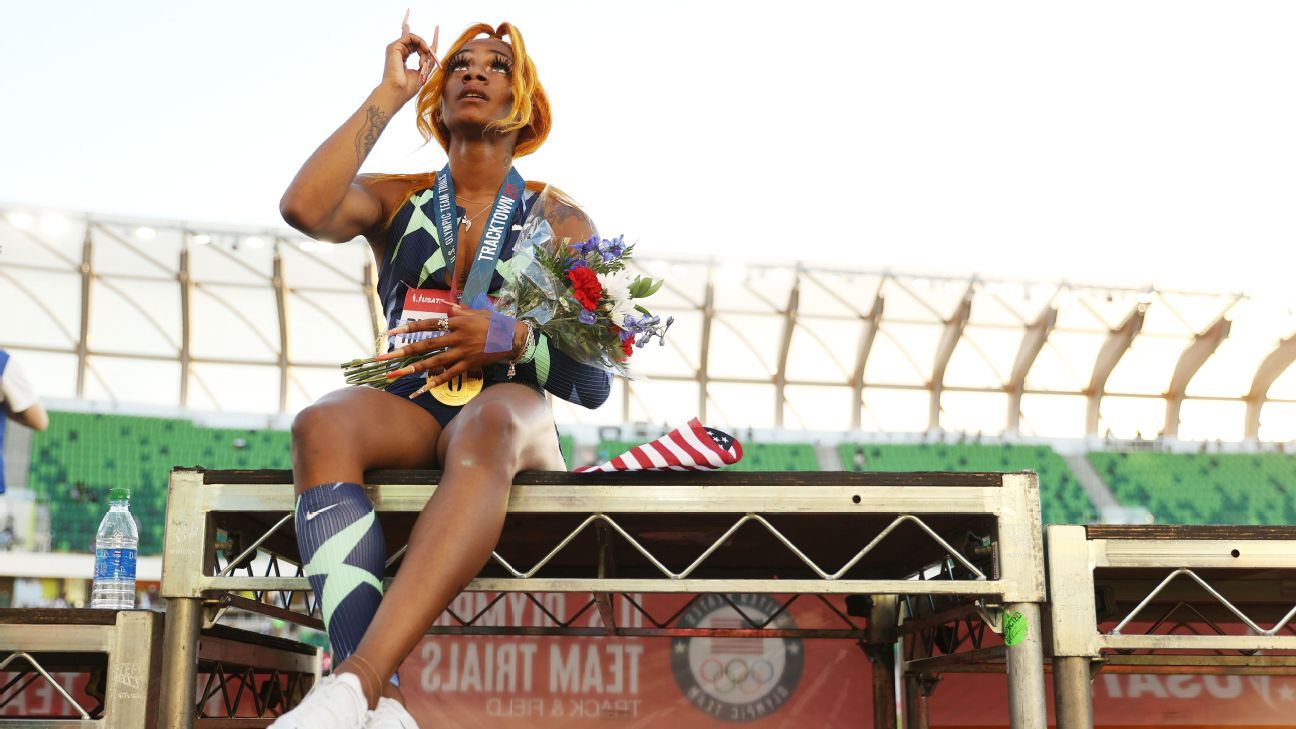