It’s spooky season, which means we’re thinking about werewolves, witches, vampires, and the like. These magical beings have become integral to how we see Halloween. When you’re out & about this weekend, just try to count how many witch hats & vampire fangs you can count!

Witches in particular come in all shapes & sizes. From regal women to octopus creatures; from those with the best intentions to those with strictly nefarious purposes; from the humorous to horrifying, we’re looking at the best, worst, and most magical witches in cartoons.

We have to start with the O.G.: Snow White and the Seven Dwarves (1937)’s Evil Queen who suffers from a terrible affliction known to most as jealousy. She looks in her mirror every day (which, of course, is totally not a crime) and asks if she’s the fairest one of all. The mirror doesn’t know anything about women and tells her majesty the truth, that her stepdaughter is in fact the fairest.

This causes the Queen’s jealousy to go into overdrive, and she embarks on a series of schemes to kill her stepdaughter. She eventually makes Snow White fall into an enchanted sleep by tricking her into eating a poisoned apple. In the end, it’s the Queen who dies and Snow White who is awoken by true love’s kiss. 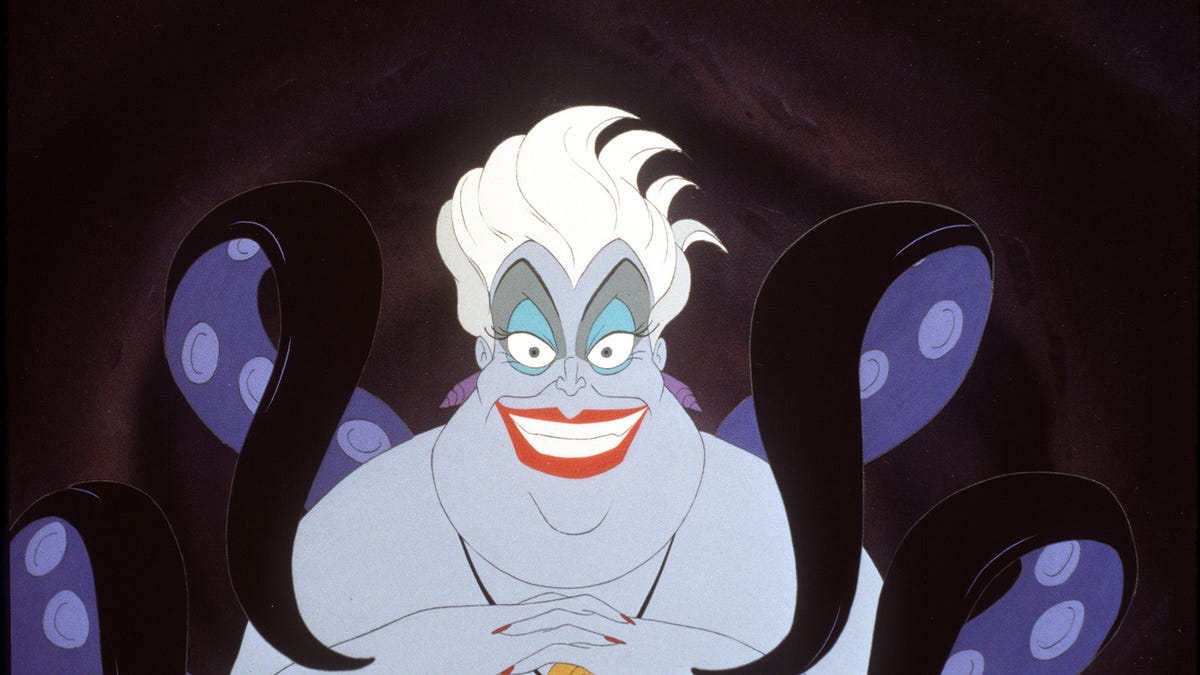 You know what they say: Hell hath no fury like an octopus woman scorned. After being kicked out of the palace by King Triton, Ursula spends her time in The Little Mermaid (1989) cooking up a plan to take over the sea. Ursula uses her magic to “help” people, before turning them into plant-like creatures when they inevitably don’t fulfill their side of the bargain. Poor, unfortunate souls, as it were. 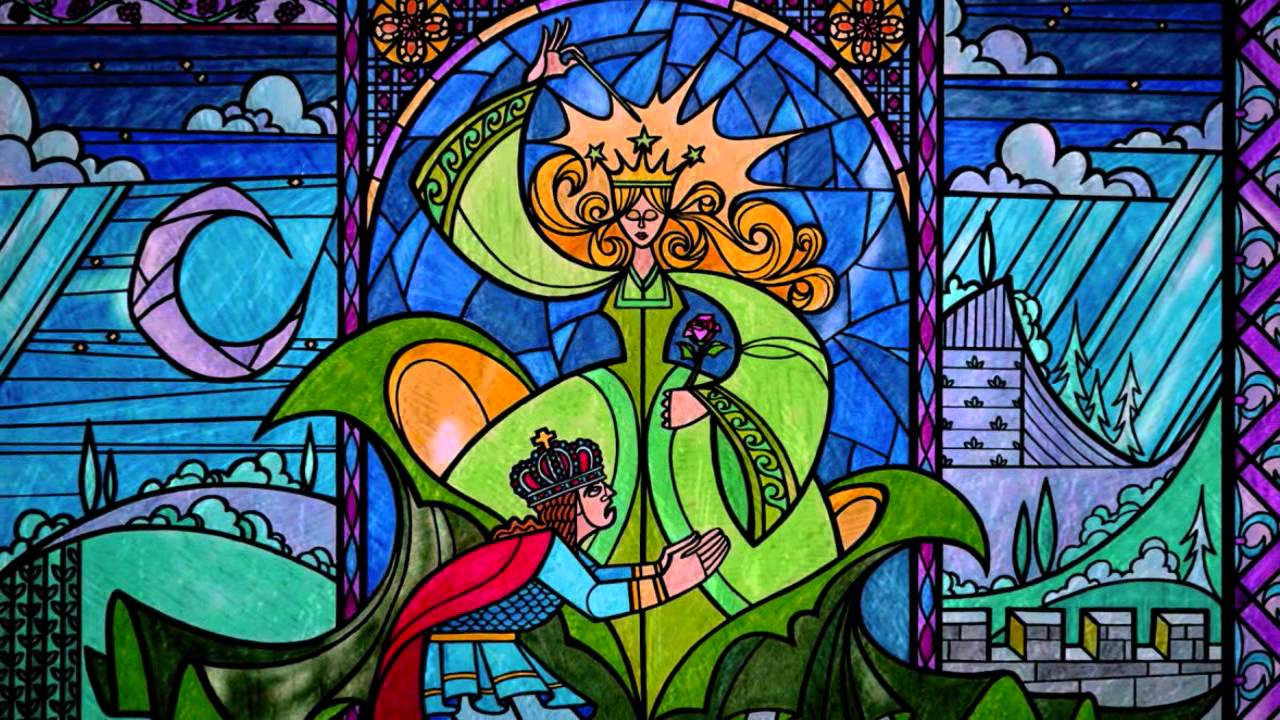 Enchantress (Beauty and the Beast, 1991)

The Enchantress from Beauty and the Beast (1991) set out one dark & stormy night to catch a man in the act. She went up to the castle of a vain young prince, who slammed the door in her face due to her ugly disguise. She then revealed her true form and turned the prince into a beast. This event sets up basically the entire plot of Beauty and the Beast, so we’d just like to say: Thanks, Enchantress! 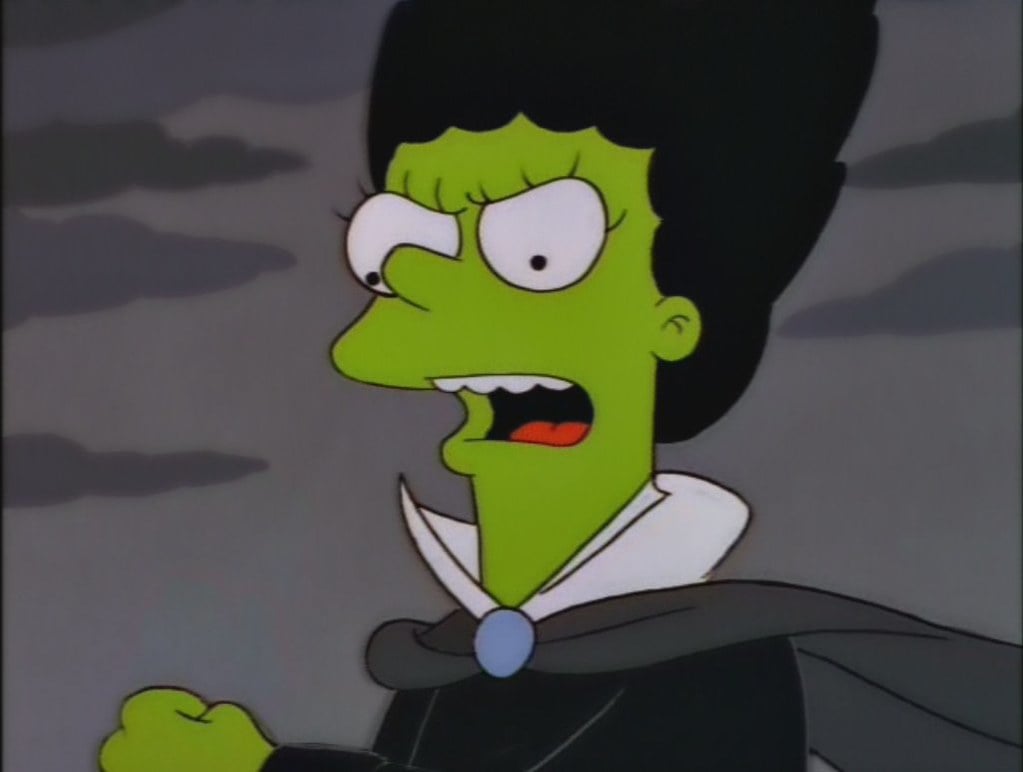 In The Simpsons eighth Treehouse of Horror, Springfield is subjected to witch trials. Marge steps in to try to calm the townspeople down and is quickly accused of being a witch herself. To test whether she is a witch, the townspeople propose that they throw her off of a cliff with a broomstick to see if she can fly (genius). Marge is thrown off the cliff, but plot twist: she really is a witch! 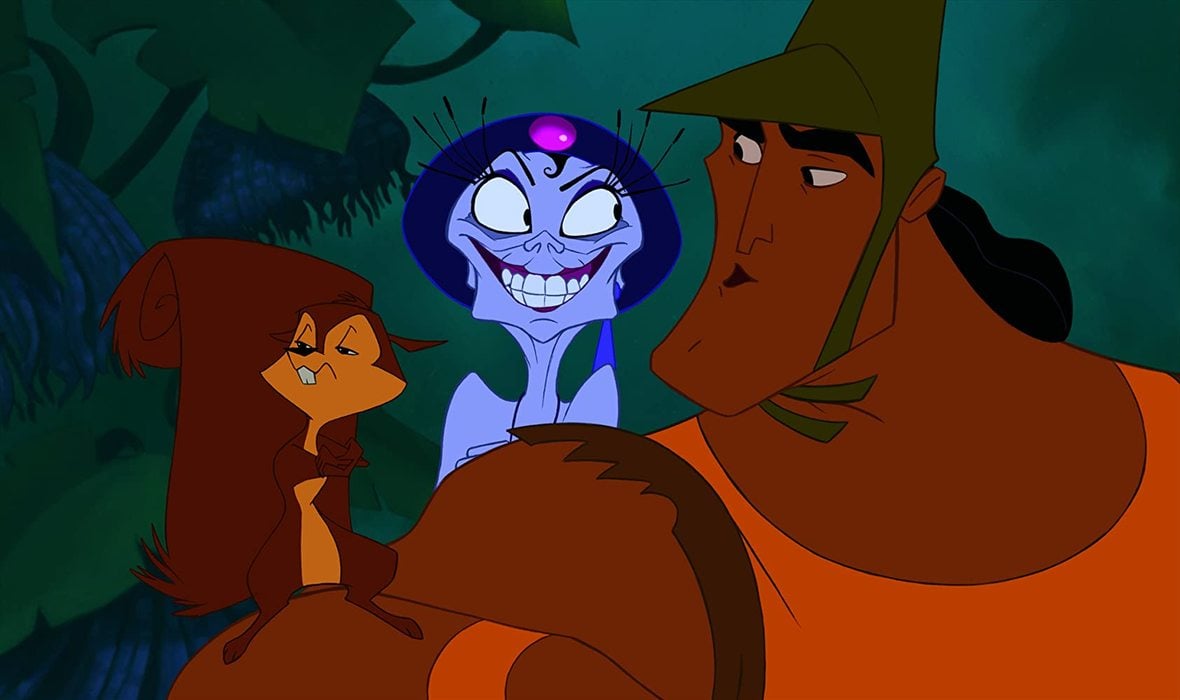 Yzma is the power-hungry advisor to Emperor Kuzco in The Emperor’s New Groove. When he fires her, she begins to plot her revenge & take over his throne. If we’ve learned anything from witches in cartoons, it’s that you should not fire them. They will absolutely turn your daughter into a human or turn you into a llama. 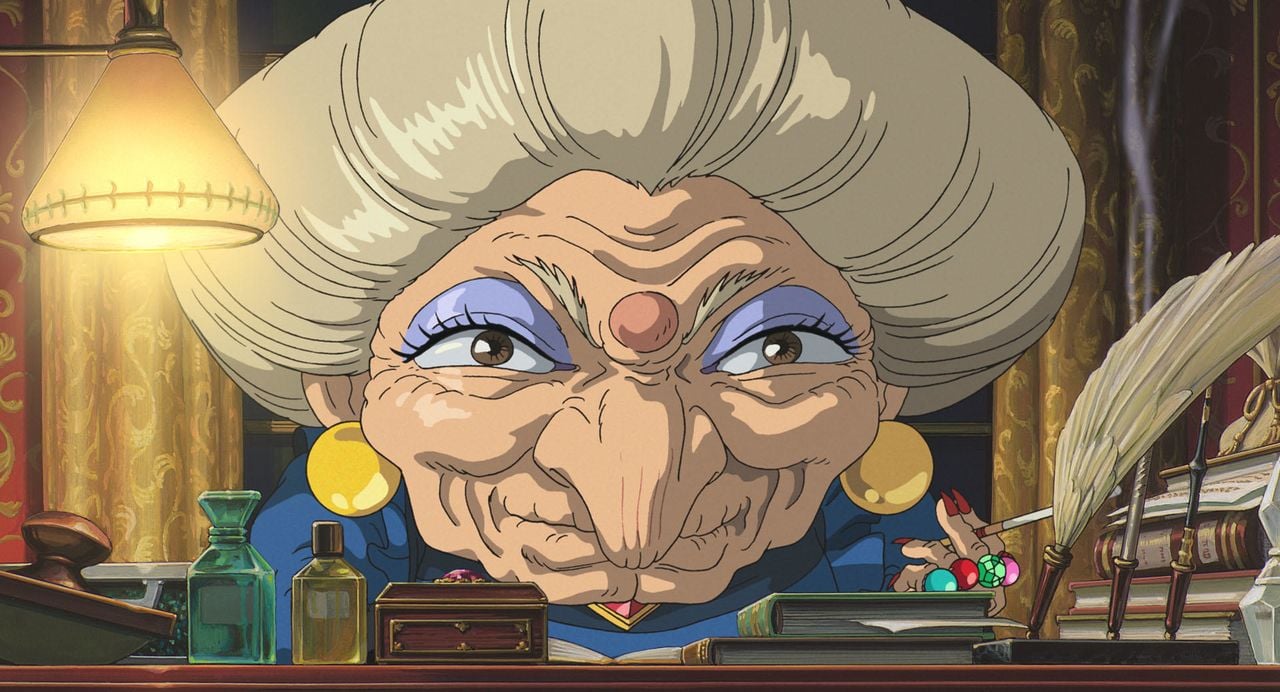 Yubaba is a giant witch who runs a bathhouse in the movie Spirited Away. She’s also addressed as Granny by the protagonist Chihiro, who she antagonizes for most of the film. Her older twin sister, Zeniba, shares the same power as Yubaba but is decidedly kinder with it. Yubaba’s son is a giant baby (no, really) named Boh. 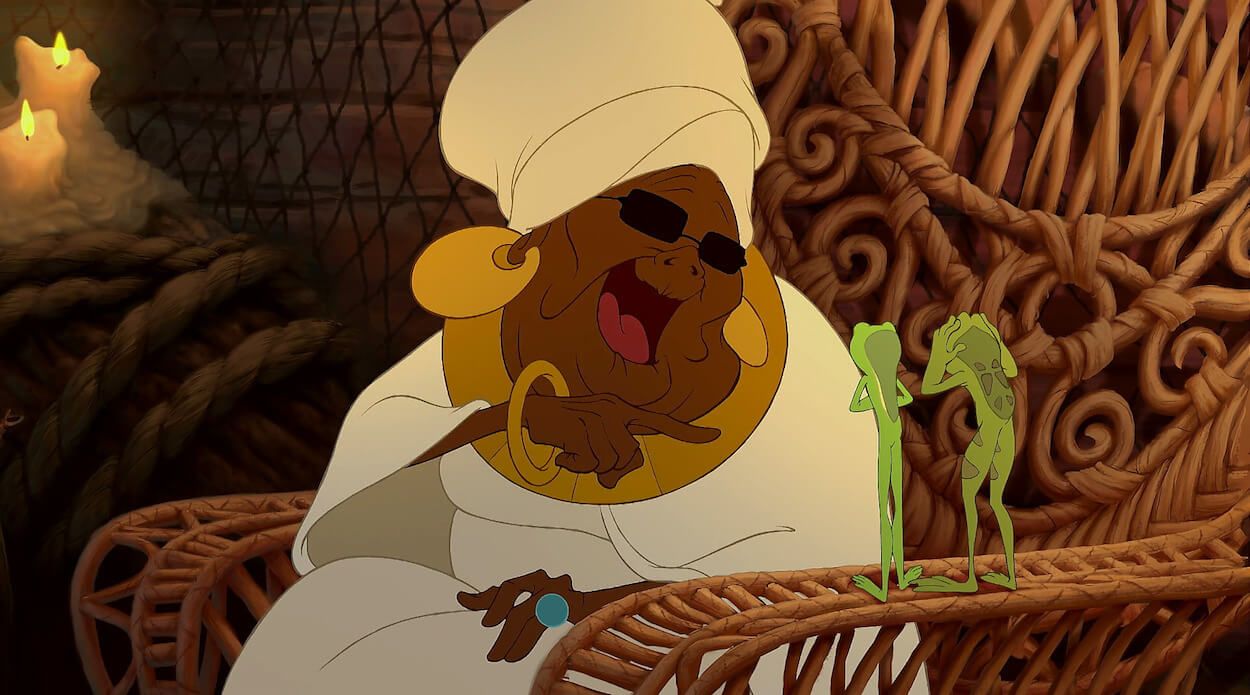 The heroes of The Princess and the Frog go to Mama Odie when they need help. Unlike many of the others on this list, Mama Odie is just a good witch. She helps the heroes when they need it. She’s a bit too preoccupied with her gumbo to give Tiana the information she needs, but she does help them turn back into humans in the end. 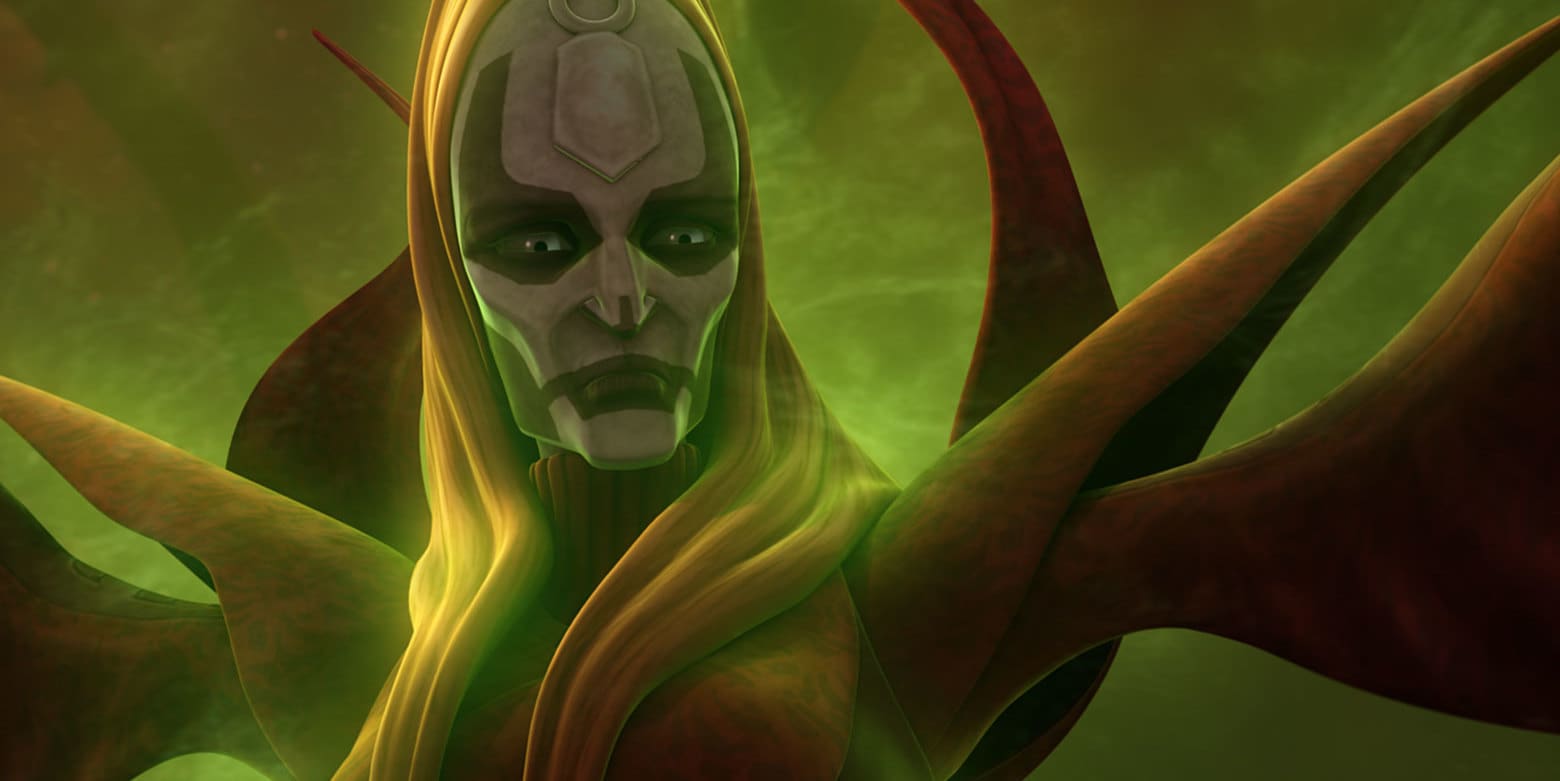 Mother Talzin featured in a few episodes of the Star Wars animated series The Clone Wars. She was the leader of the Nightsisters on Dathomir and used her magic to heighten the abilities of Savage Opress and to fight the Empire. Also, we were today years old when we found out that Talzin is the biological mother of Maul.

Who’s your favorite of these witches in cartoons? Which of these cartoons is your favorite? Let us hear your thoughts in the comments, and Happy Halloween! 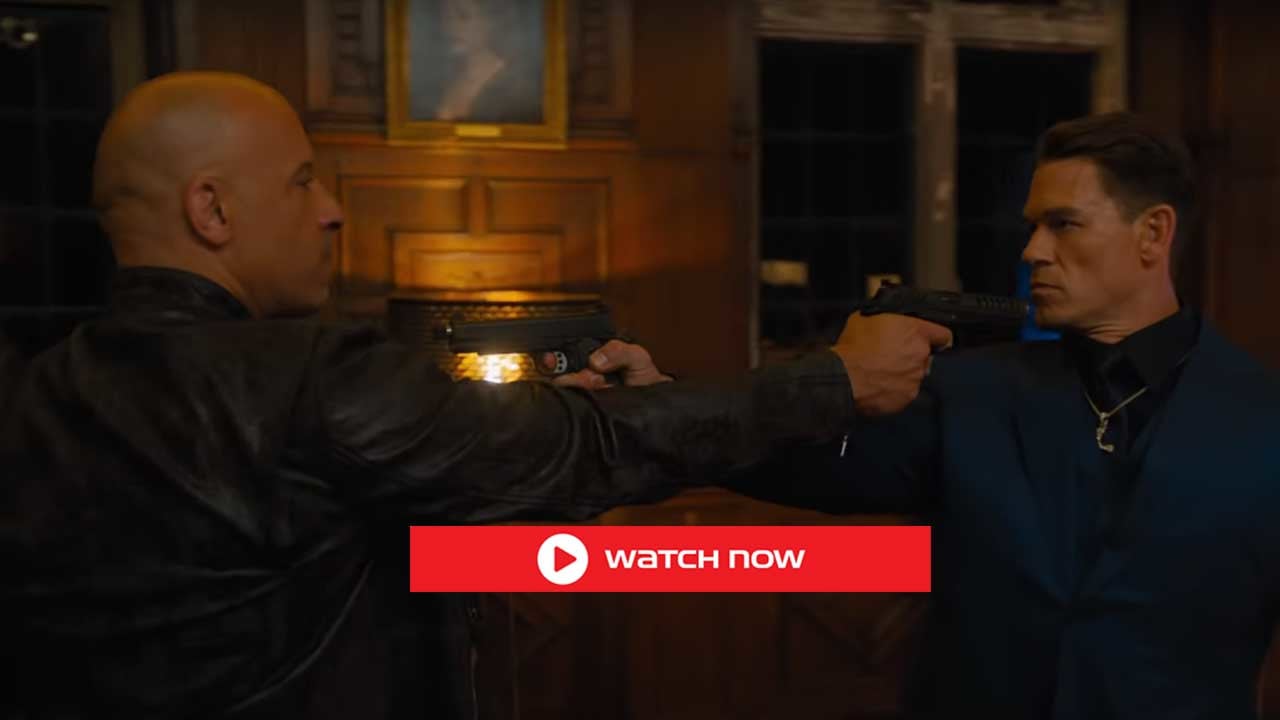 Why watch the Fast and Furious 9 “F9” online and how to watch it for free!! – Film Daily 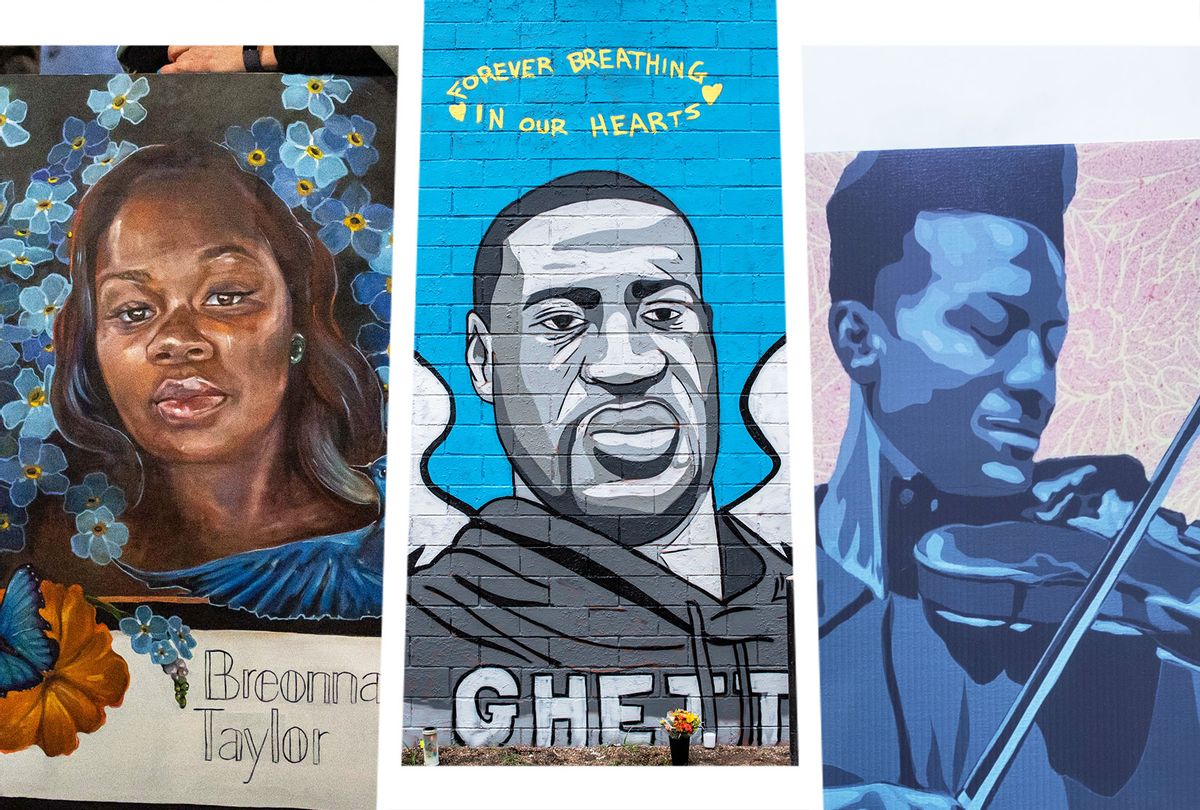 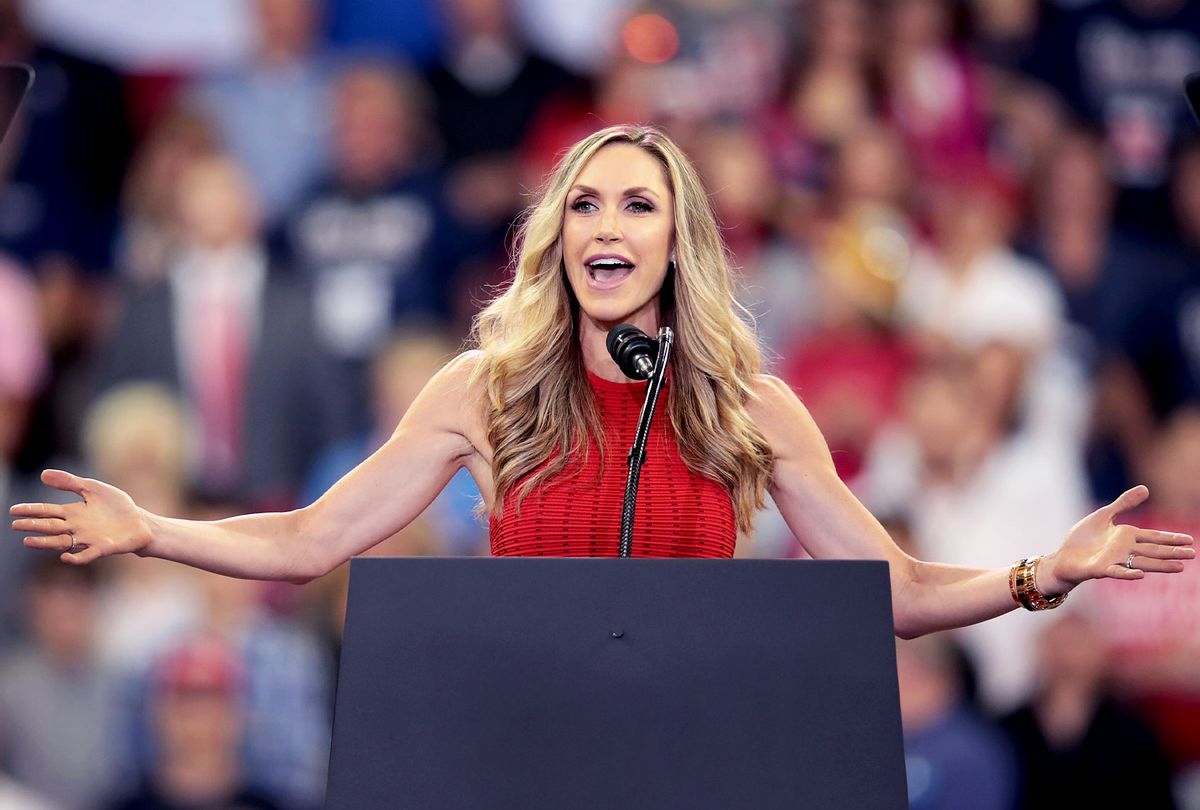 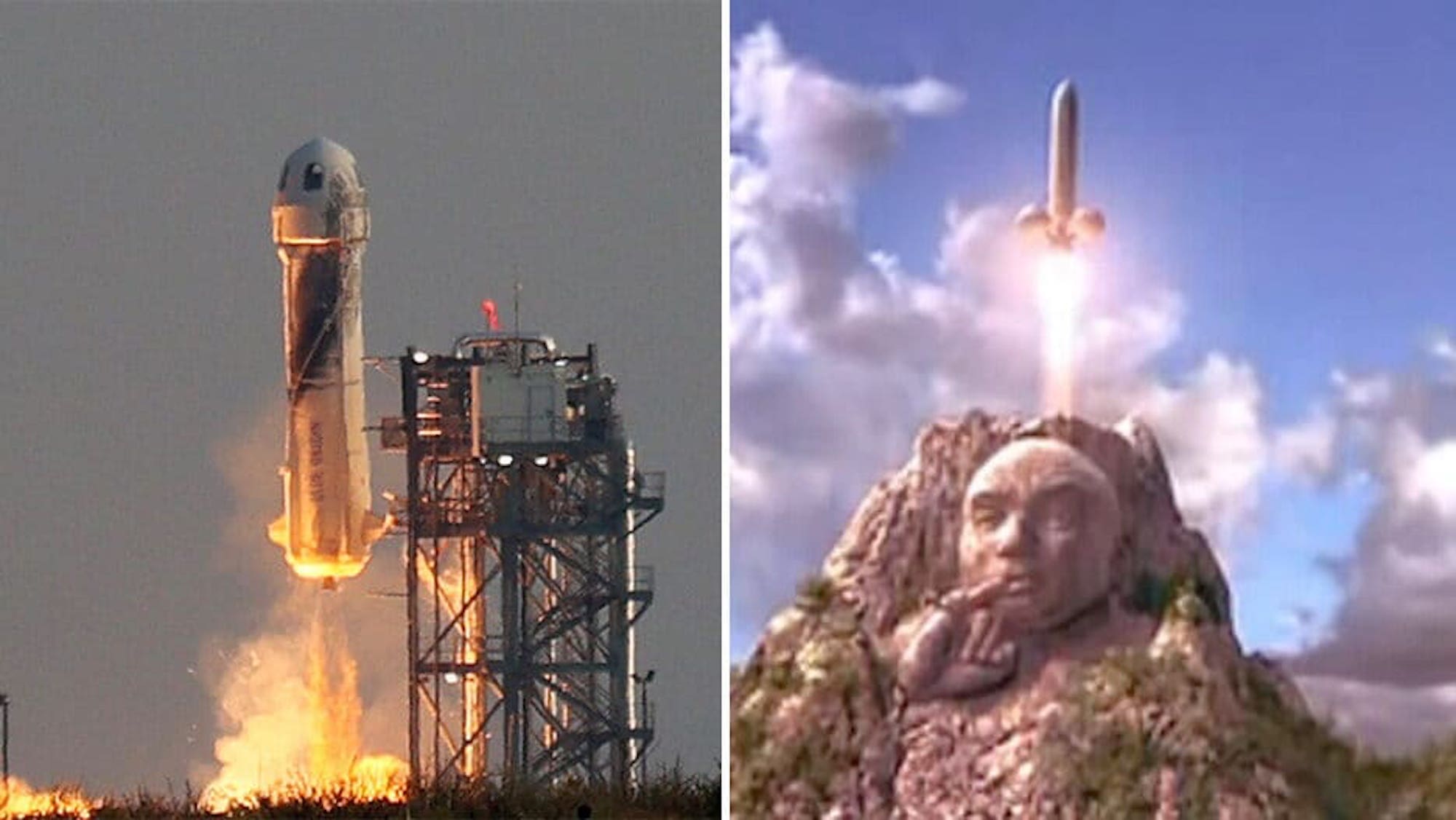