The New York Mets have the lowest-scoring offense in major league baseball in 2021, but thanks in part to underperforming division rivals and a historic run by their ace, Jacob deGrom, they entered July in first place in the NL East.

The New York Yankees? They, too, have spent much of the season among the game’s worst-hitting teams. And while they began this month with a winning record despite that, they’ve also been battling the Toronto Blue Jays for third place in the AL East instead of hanging out at the top of the division with the Boston Red Sox and Tampa Bay Rays, as they were expected to do this year. With the trade deadline looming, that has put pressure on their GM, Brian Cashman, who admitted this past week, “We suck right now.”

With the two teams meeting on Sunday Night Baseball (7 ET on ESPN; Statcast edition on ESPN2) in an Independence Day Subway Series clash, we asked ESPN baseball writers Joon Lee and Marly Rivera to weigh in on the state of the Big Apple’s big league clubs. What have we seen so far, what might happen at the trade deadline — and how far can these teams ultimately go?

How would you grade the Mets’ season so far?

Lee: B. The Mets finished June in first place, but given the team’s ups and downs this season, I’m not terribly confident they’ll be there at the end of September. Francisco Lindor has looked like a shell of his Cleveland self at the plate in his introduction to New York fans. For the Mets to win the division, their offense will need much more consistency from top to bottom.

Rivera: B-minus. The Mets’ 2021 season has been nothing but inconsistent. But luckily for any team with aspirations to win the NL East, inconsistency has plagued the entire division. Steve Cohen’s deep pockets helped the Mets put together one of the most complete lineups — on paper — in recent franchise history. While that offense has been ravaged by inconsistency and injuries, the pitching has more than made up for it. The most important thing for the Mets is that they have returned to being an organization that predicates itself on solid starting pitching.

How would you grade the Yankees’ season so far?

Lee: C-minus, but falling by the day. This team reminds me a lot of the 2019 Boston Red Sox, a team (coming off a World Series championship) that was really talented on paper, but when you looked at them out on the field, something just felt off. The Yankees routinely make mistakes on the fundamentals, whether that’s defensively or on the basepaths. General manager Brian Cashman bluntly assessed the team as being “as bad as we can be,” and it might be running out of time to dig itself out of its hole. The 2021 Yankees seem stuck in one of the most dreaded places for a baseball team to be — a .500 squad that inspires hope one week and frustration the next.

Rivera: C-minus. The Yankees had many question marks heading into the 2021 season, but none of them ever had to do with their offense. A lineup that includes Giancarlo Stanton, Aaron Judge and DJ LeMahieu should never have trouble scoring. Yet runs have been at a premium for the Bombers, who have not been deserving of that moniker. The Yankees are a (painfully) slow, right-handed-heavy, power-hitting team designed to do one thing. And they’re not doing that one thing well right now. Surprisingly enough, the “Gerrit Cole and the rest” hodgepodge rotation has done as well of a job as could be expected after the Corey Kluber injury and continues to be supported by one of the game’s top relief corps, despite recent injuries and struggles.

Which players might the Mets target at the trade deadline to keep pace in the NL East?

Lee: The Mets could use some help on the pitching side given that the return of Carlos Carrasco remains fuzzy and that there have been delays in the rehab process of Noah Syndergaard from Tommy John surgery. Perhaps someone like Colorado Rockies starter Jon Gray could project as a fit. A more ambitious acquisition could be a player like Jose Berrios of the Minnesota Twins, who still has a year of arbitration eligibility after the 2021 season.

Are games too long? How can baseball maximize its new generation of stars? We dig into the topics that will shape the game far beyond this season. The State of Baseball »

Rivera: The Mets are woefully lacking in power. A versatile player with a solid bat would strengthen a lineup that has lagged in most offensive categories, and a player like Ketel Marte, Starling Marte or Gregory Polanco could fit the bill. The Mets could also be low buyers on the pitching side with Noah Syndergaard and Carlos Carrasco both suffering setbacks in their return from injury. The Mets should be involved in many of the most tossed-around names in starting pitching, like Detroit’s Matthew Boyd and Minnesota’s Michael Pineda.

Yankees GM Brian Cashman is on the hot seat in New York. Do you expect him to make a trade deadline splash?

Lee: I’m not sure I agree Brian Cashman is on the hot seat in New York. Firing Cashman just a short time after he was praised as one of the game’s smartest general managers in recent years alongside a résumé of four World Series titles seems like an overreaction. That being said, the clock is ticking on the Yankees to do something to improve now as they fall further behind the Rays and Red Sox in the division standings. I’m not sure one move completely changes the outlook of this team, which currently has so many small leaks in its foundation that a single trade for a pitcher or another bat feels like putting a patch on a bigger problem.

Rivera: As owner Hal Steinbrenner told us Thursday, the Yankees still have full faith in Cashman, the team’s GM since 1998. When it came to placing blame for their subpar season, Steinbrenner pointed directly to his dugout — not to manager Aaron Boone or members of his coaching staff but to the players. Steinbrenner was very direct in singling out the players currently on the team as the ones who need to get their acts together. If the Yankees miss the playoffs, Boone might not be managing the club next year, but I fully expect Cashman to at least finish his five-year contract extension, which runs through the 2022 season. And, heading into a CBA year, there is no one Steinbrenner would rather have by his side than the man he still considers one of the best in the game.

Which New York team will go further this October?

Lee: I’m gonna go with the Mets, mostly because I think they have a much stronger chance of making the playoffs. I’m still not convinced either team in New York makes it to the postseason, given the inconsistency across the board in the NL East. If the Braves, Phillies or Nationals go on a hot streak, they could start to create some space with the rest of the division. The mountain the Yankees must climb to make the playoffs gets steeper by the day, given that they’re also neck and neck with the Blue Jays in the standings and that the Red Sox and Rays have been very consistent. 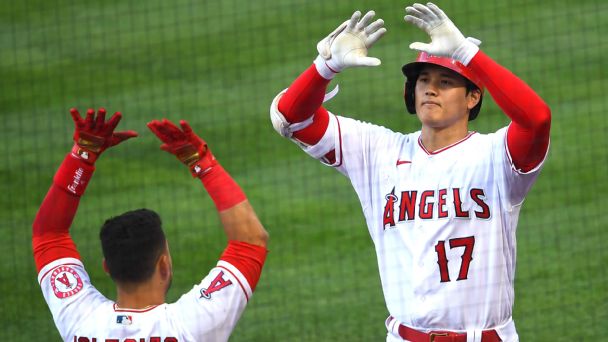 Catch the 2021 MLB season on ESPN and the ESPN App.

Rivera: Reluctantly, I will pick the Yankees. If the Yankees bolster their outfield and/or starting pitching at the trade deadline and manage to get Luis Severino and Corey Kluber back, they will have a chance to make it to the postseason as one of the four “AL East imperfect teams,” as described just this past week by Red Sox manager Alex Cora. Cora was referring to the fact that no one team in the division is head and shoulders above the rest. The AL East is like a season of “Survivor.” I believe the Yankees will survive on pure talent (and benefit from not having to face one of the best in the game in Tyler Glasnow). And if we subscribe to this theory, no other lineup is more “due” than the Yanks’. Let me be clear, I do believe the Mets will make the playoffs. I just don’t think that they will make it as far as the championship series, which I believe the Yankees can reach in what will likely be a much weaker playoff field in the American League.

Rep. Paul Gosar's sister tells CNN he should be expelled from Congress 2 On Your Side: Latest EDD Scam Targeting Out-Of-State Residents Via Text 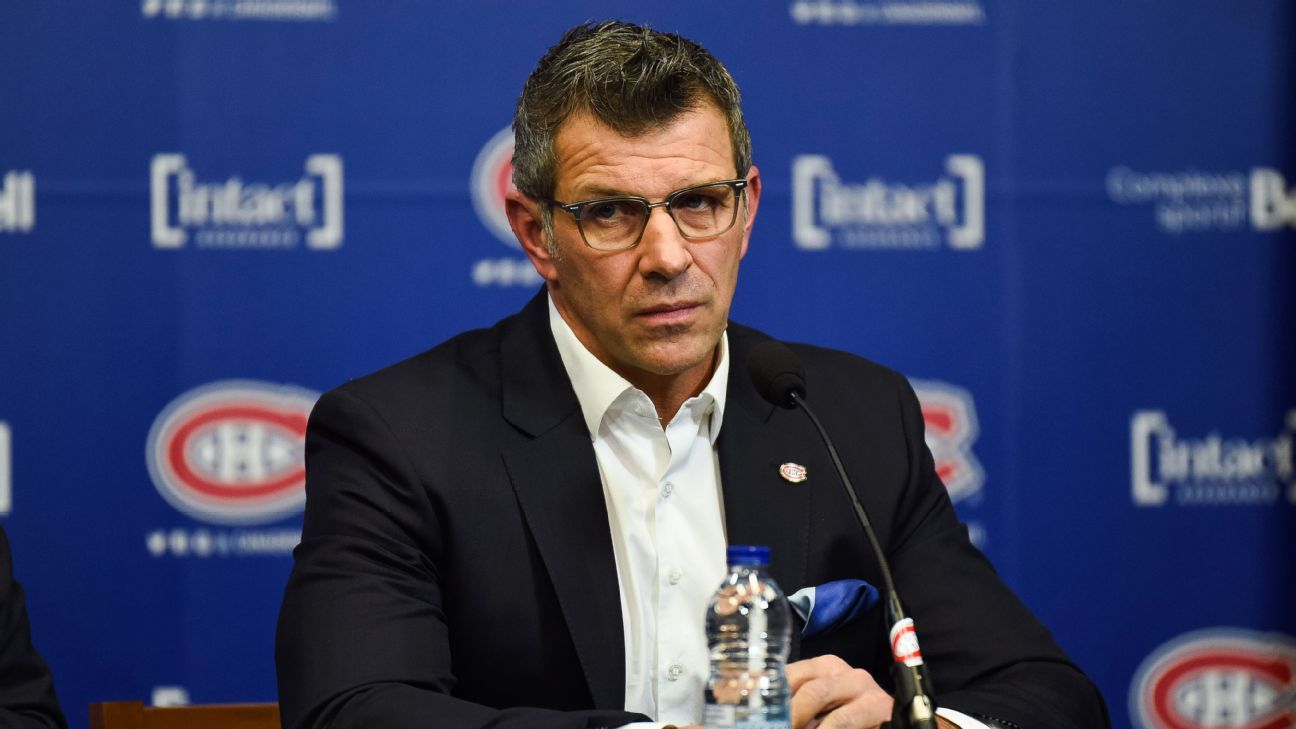